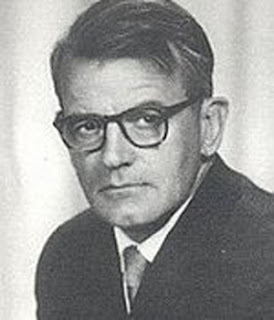 
In 1841 Marx wrote a thesis for his doctorate on “The Differences between the Natural Philosophies of Democritus and Epicurus,” which he described some years later as “an old work which properly belongs to a general study of Epicureanism, Stoicism and Scepticism – a task I am unable to contemplate at present owing to preoccupation with political and philosophical work of a different kind.”

The thesis was first published in 1902 and republished by the Marx-Lenin Institute in 1926. It was immediately translated into French, but no English translation has yet appeared, and it has passed without notice in the placid pages of the Classical Review.

In 1928, however, Dr. Cyril Bailey wrote a short critique of it in the Classical Quarterly (xxii. 205), in which he expressed his astonishment at the insight shown by Marx in penetrating behind the misrepresentations of Epicurus current in antiquity and glibly repeated by the scholars of his time.

Though still the most valuable study of the subject, it is, for Marx, an immature work, being concerned almost entirely with the intrinsic difference between the doctrines of the two philosophers and hardly at all with the economic developments which conditioned both.

Guided by the principles enunciated by Marx himself in his later work, M. Nizan has attempted in this brief essay the task of expounding the work of Democritus, Epicurus and Lucretius in relation to the general development of ancient society.

The collapse of Athenian democracy, in which the ancient slave-state had attained, on a scale necessarily minute, the highest point of its development, was followed by a period of violent disruption.

Slavery rapidly increased - so rapidly that modern historians, like Beloch, have been tempted to tamper with the evidence; wealth concentrated anew at one pole of society; the free artisan, deprived of political rights, was condemned to poverty and emigration.

Thus the Greek city-state paid the price for its exploitation of slave labour in a succession of destructive wars and internal struggles - the helpless convulsions of a dying organism.

The philosophy of this period spoke with two voices. Plato and Aristotle, representing the ruling class, maintained their faith in society at the cost of defending an institution, which, as it continued to grow, became less and less defensible.

Aristotle defended the subordination of slave to freeman by appealing to the doctrine, fundamental in his philosophy, of the subordination of body to soul, though in fact that doctrine was itself the ideological reflection of the division which confronted him in society; and the flagrant inconsistencies inherent in his system are a measure of the extent to which the intellectual integrity of the privileged class was corrupted by defence of its privileges.

On the other hand, the Cynics and Epicureans regarded all men as equal, but, since that equality was unattainable in contemporary society, they renounced their part in social life.

Epicurus taught that the individual could only recover his lost security by cutting all social ties and abjuring all passions, all desires, except the satisfaction of material necessities.

His theory of the universe followed from his attitude to society. In the first place, he affirmed, against the idealists, the objective reality of the external world and the validity of sense-perception as a criterion of truth.

In the second place, he ascribed the sole reality to the atoms, the indivisible units of which matter is composed, and to the void in which they move.

Parmenides, the forerunner of Plato, had taught that there was no empty space, and consequently no motion; that the universe was one and unchanging, its apparent diversity and mutability being an illusion of the senses.

Democritus, the forerunner of Epicurus, had reaffirmed the existence of empty space and attributed the properties of the Parmenidean One to each of an infinite number of atoms, indivisible, indestructible, without weight, falling vertically through the void and by their collisions and combinations creating the world. The result was a mechanical theory of the universe in which every event is the product of necessity.

This was the theory which Epicurus inherited and transformed. Endowed with the property of weight, the atom possesses in itself the cause of its own motion; and it possesses, besides the vertical, an oblique motion, or swerve from the straight line.

A vertically falling body is nothing more than a moving point, without autonomy or individuality, existing solely in relation to space.

How was this relative existence to be negated? Being embodied in the straight line or perpendicular fall, it was negated by ascribing to the atom another movement - the deviation from the straight line. Thus the atom was made autonomous.

And so we arrive at a conception of the universe in which there is no providence, no destiny, only chance; in which the soul of man and the gods themselves are fortuitous combinations of material particles; in which prayer and sacrifice are futile, and justice is not a thing in itself but a social relation varying according to conditions.

Mankind is an aggregate of individuals, each of whom, surrounded by an environment material and mortal like himself, has nothing to hope, nothing to fear, but can find the happiness of self-sufficiency in the satisfaction of his elementary needs.

The negative character of this philosophy, in which pleasure is defined as the absence of pain, reflects the social desperation of the age; its positive value lies in the conviction that the end of human endeavour is pleasure, and that the means to that end is the satisfaction of material needs.

Yet a man cannot live in solitude; neither did the Epicureans. The Epicurean fraternities, which sprang out of the decay of family life and the city-state, were united on a basis of equality in the pursuit of the happiness of all their members.

They were at the same time a pathetic recrudescence of those social ties which Epicurus had tried but failed to cut and an indication in miniature of what, when the motive of private gain had been eliminated, human society might become.

After the final dissolution of the city-states into the last phase of ancient society, the cosmopolitan empire, a new division emerged.

While the Stoics preached the acceptance of society and the brotherhood of man, the impoverished masses, despairing of happiness in the present life, projected their frustrated hopes into the life to come.

M. Nizan does not deal fully with the problem of the relations between Democritus and Epicurus, but his essay provides a useful introduction to Marx’s thesis.

It is followed by a selection with explanatory notes of important passages from the writings of Epicurus and Lucretius.

In 1951, George Thompson was the only member of the Communist Party's Executive Committee to vote against the Party’s programme The British Road to Socialism, because "the dictatorship of the proletariat was missing".He also served on the Party’s Cultural Committee