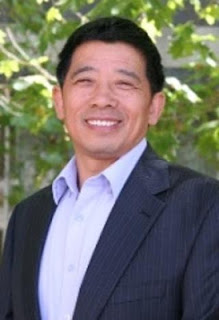 Professor Mobo Gao was born and brought up in a small Chinese village where there was no electricity until after he left the village.

Gao did all kinds of farm work in the village, such as collecting night soil, cleaning pigsty and pushing a wheelbarrow.

Gao did not leave the village until he went to Xiamen University to study English.


Finally, I come to the issue I mentioned a while ago, of Mao being accused of engaging in personal power struggle at the expense of the well-being of the Chinese people.

According to the current official historiography, which is hugely supported by the dominant Chinese intelligentsia, Mao should be held responsible for anything that was wrong or bad in the history of the PRC.

On the other hand, if anything proved to be useful and good, it must have been done by those who did not follow Mao or acted against Mao.

Is it possible to imagine a narrative the other way around, that says that Mao was the person who actually wanted to be moderate but that those under him went further than he wanted?

There is certainly evidence that Mao wanted the CCP to be criticized in 1957 and therefore launched what was called the “Two Hundreds” (let a hundred flowers bloom and a hundred schools of thought contend). It was his colleagues in the Party who resisted Mao’s ideas at first, and then wanted a harsh crackdown as soon as possible when they felt the very existence of the Party was under the threat. There is also evidence that Mao was not the only one who encouraged radicalism during the Great Leap Forward.

For instance, Bo Yibo was the one who made a report to Mao that China could catch up with the UK in steel production in two years. Liu Shaoqi was the one who encouraged commune canteens, arguing that would liberate women from the kitchen, and would be one way to eliminate gender inequality. Zhou Enlai was the one who invented the term ‘Great Leap”. Chen Yi and Tao Zhu were the ones who believed and advocated unrealistic figures of agricultural output.

If one reads Mao’s wide-ranging talks in the 1958 Wuchang and Nanning Conferences and the 1959 Shanghai Conference, one can see Mao was the person who wanted to slow down the leap and hype.

We also have to realize that the selection of what is allowed to be published, like Mao’s speeches, and speeches by Liu Shaoqi and Deng Xiaoping in their collected works, is very political.

In their selected works, the speeches of Deng and Liu during the Great Leap Forward years are not included.

The politics here is obvious: to justify a dramatic change in their politics and their return to power, the post-Mao political and intellectual elite had to manufacture the narrative that they had been correct all the time, and it was Mao who was to blame for the past problems.

For the Western audience too, it is satisfying to nail down a villain, Mao the monster of evil communism.

In spite of the fact that Mao and his lieutenants had fought together as convinced communists, there were a lot of ideological and policy differences among them. Therefore, the fact that some of Mao’s colleagues were ousted at one time or another should be seen as part of the normal process of politics, rather than as a pure personal power struggle. If one is engaged in politics one has to have a stand and view as to where China should go from one point to another.

For instance in 1957, 80 per cent of the enrolled university students were from landlord, rich peasant and capitalist family backgrounds.

Mao of course was not happy with this and he did not have the chance to address this until the Cultural Revolution, when one of the changes in education was that of recruiting students from among the workers, peasants and soldiers directly via mass recommendation.

Mao was very aware that China could be easily swept along with the dominant capitalist system in the world, and the Cultural Revolution was Mao’s last, bold and desperate attempt to prevent China from moving into the trajectory of capitalism.

Mao in his dying days tried to urge and to persuade Deng Xiaoping to acknowledge in writing or to be witnessed by other colleagues to say that he supported the Cultural Revolution, even if not the whole of it at least 70 per cent of it.

Deng was very resistant to this, although in writing Deng did pledge to Mao that he would never reverse the verdict of the Cultural Revolution.

Deng did restore capitalism in China and the “socialism of Chinese characteristics” steered by Deng was more blatantly capitalist than many developed capitalist countries. No wonder some would say, only half-jokingly, that only China could save capitalism.

The Cultural Revolution has been routinely touted as Mao’s personal power struggle against his designated successor Liu Shaoqi, even though all the documentary evidence suggests otherwise. Mao’s authority in the CCP and PRC was supreme, so much so that it could never be challenged by anyone. Mao knew it and everyone else knew it.

Mao could have gotten rid of Liu easily without mobilizing a mass movement like the Cultural Revolution that was supposed to have lasted ten years, from 1966 to 1976.

In fact, as early as August 1966, when the Cultural Revolution had just started, during the Eleventh Plenum of the Eighth Party Congress held in Beijing, Liu was already demoted from number two position in the party to number eight.

All Mao had to do to achieve this was to have written a few lines on a piece of scrap paper called the “big poster”.

Many years later Liu’s widow, the very intelligent Wang Guangmei, who also suffered personally during the Cultural Revolution, admitted that Mao and Liu had policy differences, and that initially Mao did not intend to remove Liu politically. (Liu’s political and even personal fate went downhill only after Mao was presented with “solid evidence” that Liu was once a traitor during his days when he was an underground communist activist.)

Why did Mao launch the Cultural Revolution then?

For Mao it was to decide the road to be taken for China: was China to move along the road to socialism or would it slip into capitalism?

In 1965, barely a year before the Cultural Revolution, Mao made a trip to Jinggangshan, where Mao first started a base for guerrilla warfare.  Mao’s symbolic visit to Jinggangshan was apparently to contemplate another new starting point for China.

On some rare occasions during the visit to Jinggangshan, Mao talked to those around him about why he thought collectivization was crucial to Chinese socialism (Ma 2005).

This is a point on which Mao disagreed with Liu Shaoqi.

It is worth pointing out that the dismantling of the collective system in rural China was the starting point from which the post-Mao leadership launched its so-called reform of moving away from socialism to capitalism.

Mao knew the task of revolution against capitalism in China at that time was difficult because it required the remoulding of mentality and world outlook.

That is why the aim of the Cultural Revolution was for the political and intelligentsia elite to go through “the cultural revolution”.

In May 1966, when the launch of the Cultural Revolution was in full swing, Mao called the inner circle ideological leaders of the party, such Chen Boda, Qi Benyu and also Lin Biao’s hand-picked general Yang Chengwu to Shanghai to listen to what Mao thought was a concrete way to change people’s outlook and life style.

That is what was later called the May 7th Directive, because it was a letter written by Mao on May 7th 1966 in praise of a People’s Liberation Army report which talked about how the soldiers and officers should together participate in not only military training but also cultural studies and agricultural production.

The directive basically says that one should not work merely to earn money and live, but to become a revolutionary subject.

Although division of labour could not be abolished, a worker should do some farm work and a farm should do some industrial work, a soldier should engage in production as well as military training. A student should do all kinds of physical labour as well social activities.

Party official should sometimes live with those they lead and should engage in production work with them, and so on (Qi 2013).

Mao’s idea of the Cultural Revolution was written into the document called the Sixteen Articles. This document, which officially launched the Cultural Revolution, defines three stages of the movement: the first stage is to engage in struggle against the authorities, the second is to criticize capitalist ideas, and the third and final is to carry out reform (dou pi gai).

Finally, all the institutions should be reformed according to the new ideas and consensus should be reached out of the struggle and criticism stages. As it happened, the Cultural Revolution did not develop the way Mao had envisaged.

This in a sense is understandable. Mao’s theory of class struggle was used skilfully by the party leadership at various levels against the classic class enemies like landlords.

However,  when the same theory was applied to them seeing them as the new class enemies, it caused much consternation, fear and resistance.

Even so nobody in the Party and the Army dared to challenge Mao directly and personally. Instead, they tried all kinds of other means to derail the course of the Cultural Revolution.

In addition, those who tried to follow Mao either did not understand him or acted contrary to what was aimed at by the Cultural Revolution.

It is quite possible that Mao did not have a well-thought-out plan to start with, and in many circumstances Mao was improvising to cope with unexpected developments.

Finally, there was not enough time and effort for some of the innovative experiments and reform to come to fruition.

As a result of all those complex factors, which require more comprehensive and in depth research, the Cultural Revolution not only failed as a whole but also caused a huge backlash from sections of the people, which helped Deng later to reverse the verdicts. 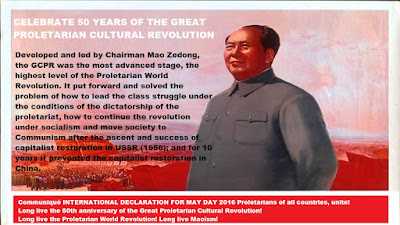