The Labour Party a Party Fit for Imperialism : The Stinking corpse of Social Democracy must be buried not revived

Democracy and Class Struggle rejects the Trotskyist and revisionist euphoria in Britain about the election of  Jeremy Corbyn as the leader of the "British" Labour Party and  his  attempt to revive the stinking corpse of social democracy which should have been buried long ago with its millions of victims in Imperialist Wars. 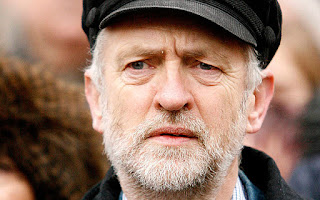 It is a 100 years of "British" Labour Party supporting Imperialist Wars and colonial repression as well documented in Labour a Party Fit for Imperialism by Robert Clough. 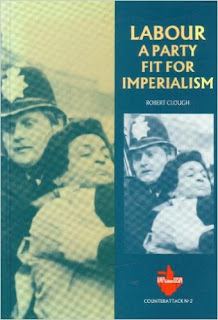 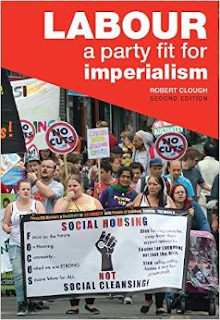 It is impossible not to feel satisfaction at the extreme discomfort of Labour Party leaders as they look at the scale of Corbyn’s lead in the race for the leadership. A YouGov poll published on 22 July predicts Corbyn winning 43% of first preference votes and picking up sufficient preferences for an easy win in the fourth round. This has left those MPs from the right who nominated him hoping to discredit an anti-austerity standpoint looking very silly.

One thing needs to be clear: a victory for Jeremy Corbyn would not change Labour from what it is: a racist, imperialist, warmongering anti-working class party.

Corbyn would be hostage to a parliamentary party which showed its true ruling class colours in the vote over the welfare bill.

Nevertheless, already the knives are out, and there are threats of a coup in the unlikely eventuality of his victory and fresh leadership elections. None of the other three candidates – Liz Kendall, Andy Burnham and Yvette Cooper – want anything to do with him as they polish their ruling class credentials and show themselves to be even more pro-business than the Tories and as hostile to those forced to survive on inadequate welfare benefits.

So we need to scotch the myth that this election represents a chance to recapture the Labour Party for the working class and commit it to a fight against austerity.

That is not going to happen: Corbyn’s Socialist Campaign Group has only nine MPs. There were 178 self-serving nonentities who abstained in the vote over the welfare bill.

A Corbyn leadership would spell disaster for their careers, and they would move might and main to drive him and his allies out of the Labour Party.

The more pertinent question is what these Campaign Group MPs will do should Corbyn lose. Will they sacrifice their cushy parliamentary positions to create a new party?

Or will it be a case, once again, that they will remain with the Labour Party whatever crimes it commits now and in the future, covering up their cowardice with appeals for a bogus unity?

It had seemed so easy at the beginning. As a senior Blairite told The Spectator magazine when Corbyn had fewer than 20 of the 35 MP nominations he needed to stand: 'The right of the party should have nothing to fear from Jeremy.

It would be good for the left of the party to see just how few votes would be cast.’ Hence a last-minute surge of nominations for Corbyn from right-wing MPs such as Frank Field and Margaret Beckett for a candidate whose anti-austerity standpoint was supposed to make him a punch-bag for the other three.

Now it looks very different. Corbyn is riding high. His left-wing, anti-austerity reputation has won the support of Unite the Union. Many individuals are paying a £3 donation to allow them to vote for Corbyn.

The heavy guns have had to be called in. Tony Blair has warned against a Corbyn victory as it would leave Labour out in the cold for 20 years, and Lord Mandelson has warned that Labour’s existence as an electoral force is under threat. In discriminatory language, Margaret Beckett has confessed she was a ‘moron’ to nominate Corbyn, while nearly half the MPs who helped Corbyn cross the threshold have said they will vote for one of the other three.

Disarray is following: Kendall as the back runner is under pressure to withdraw from the race to enable one of the other two to gain enough momentum to defeat Corbyn. Kendall is refusing, and the three of them are falling out with each other. Kendall and Cooper have said that they would not serve in a Corbyn shadow cabinet; Kendall and Burnham have said that Corbyn would not be invited to join theirs. Corbyn is being careful not to burn his bridges by replying in kind: remaining in the Labour Party is still far more important to him than an all-out class war against austerity.

The billionaire press has also waded in predicting dire consequences if, in its view, Labour lurches to the left.

What they all wilfully chose to ignore is the enormous support for an anti-austerity position in Scotland which left Labour with only one Scottish MP – perhaps fearful that such a standpoint will become popular in England as well.

There will be much more fun and games until the result is announced on 12 September.

One way or another, however, Labour will have to crush Corbyn’s anti-austerity standpoint, and whether Corbyn wins, stays or goes,

Labour will have taken a large step along its path to electoral disintegration.