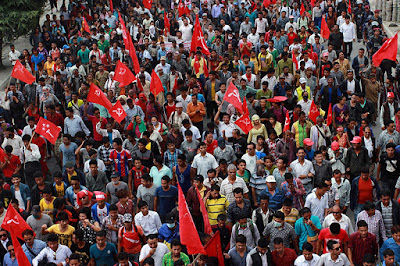 The ceremony was hosted by Anil Sharma ‘Birahi’, politburo member of CPN Maoist. The draft of the constitution was read by Santosh Budha Magar; another politburo member and former chief of the state of Magarat during the people’s war. After the entire constitution was read; there was a speech by CPN Maoist standing committee member and spokesperson Khadga Bahadur Bishwakarma “Prakanda”. 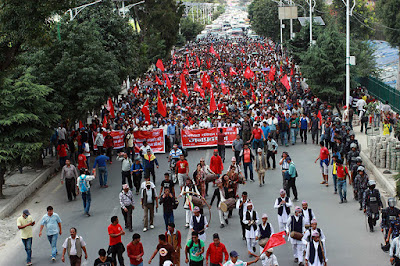 These are the pictures from this strategically important event in the Maoist movement in Nepal. The declaration of ‘People’s Constitution of Nepal’ is taken as a challenge to the government’s decision to bring out constitution which is scheduled for the next day on 20th September. 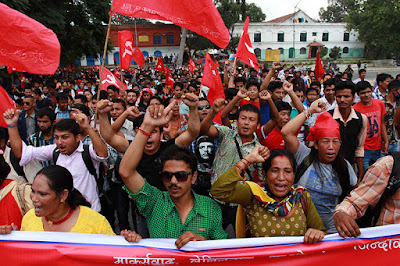