India :“The main motto behind my arrest was to terrorise the student community in India,” said Mr. Mishra. 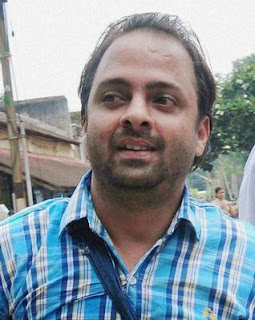 Students and activists, who expose failures of governments, are viewed as a threat by the establishment and the state wants to destroy this threat,” opined Mr. Hem Mishra, a student of prestigious Jawaharlal Nehru University after his release from the Nagpur central jail on Tuesday.

Mr. Mishra was arrested by the Maharashtra police in August 2013 on charge of being a Maoist courier. The Nagpur Bench of Bombay High Court granted him conditional bail last week. He calls himself a “cultural and student activist” and says that he was a victim of the “establishment’s insecurity” with the voices against injustice which makes it target those who expose its failures.

“I was never arrested from Gadchiroli as claimed by the police. They (police) forcibly detained me from Ballarashah railway station in Chandrapur district of Maharashtra on August 20, 2013, and kept me in illegal detention for 80 hours. They inhumanly tortured me for the next 27 days and were forcing me to accept a story created by them. I was going to Hemalkasa village to meet Dr. Prakash Amte. I have no connections with the Maoists,” Mr. Mishra told The Hindu after his release from jail.

When asked as to why the police branded him a Maoist, the JNU student said, “We are witnessing a trend in India these days. Whoever raises his voice against injustice or against the atrocities of the establishment, is being branded Maoist. Every protest, be it against displacement, deforestation or atrocities, is being crushed by labelling it as Maoist sponsored. In my case, I was kept in jail for the the last 2 years and 19 days because I expressed my disagreement with injustice through my songs and student protests.”

He also claimed that by targeting him, the state wanted to send a signal to the student community in India which is the mainstay of many protests.

“The main motto behind my arrest was to terrorise the student community in India,” said Mr. Mishra. Asked about his future course of action which includes a long legal battle and an incomplete course of the Chinese language at the JNU, the cultural activist said that he was confident of being acquitted.

“As far as protest against injustice, I believe there is nothing illegal in it.

Every citizen should raise his voice against injustice and I will continue to do that,” added Mr. Mishra, who was kept in the secluded “Anda cell” of Nagpur central jail for more than a year
Posted by nickglais on 9/09/2015 06:42:00 AM