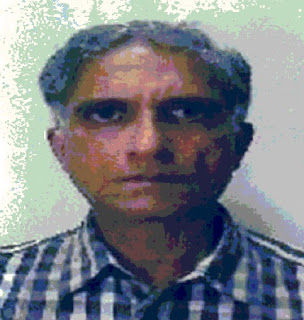 On August 18th 2015, the oppressed masses of our country and the Indian revolution lost an exemplary communist leader and a brilliant revolutionary intellectual—Comrade Sridhar Srinivasan—known to the revolutionary camp as Com. Vishnu and Vijay.

He passed away after a massive heart attack.

The CC, CPI(Maoist) pays its humble red homage to this  member of theCentral Committee and vows to fulfill the revolutionary ideals for which he lived and  laid down his life.

His journey as a revolutionary

It was in 1978-79, as a young student of Arts in Elphinstonecollege, Mumbai, Comrade Sridhargot influenced with revolutionary politics and gave up his studies to work for the oppressed masses of the country.And for the next 35 years, he continuedwith undaunting spirit and determination to serve the people.

Comrade Sridhar Srinivasan organized students and led agitations in Mumbai under the banner of VidharthiPragatiSanghatana(VPS).He was one of the leaders of the historical take- over of Mumbai University (against fee hike ) by the college students in 1979.

When the movement spread to youths, he again played a prominent role in mobilising youths under the banner of Naujawan Bharat Sabha (NBS).

Along with the Mill workers Union, led by DattaSamant,NBS organized the workers during the mill workers’ strike in early 80s.He was among the key organizers of many militant actions during the strike period.He became City Committee member and the movement expanded to nearby industrial areas of Thane, Bhiwandi, Surat,etc.

Later, in 1990, on party’s decision, he moved to Vidharbha region, where he organized coal mine workers in Chandrapur,Vaniand nearby areas.When the party handed charge of Gondia-Balaghat division to Maharashtra State Committee, he took responsibility and strived to develop the movement with the Vidharbha perspective.

For over two decades till 2007, he ably led the party as the State Secretary of the Maharashtra.He was elected to the central committee of the CPI(Maoist) in 2001.He was reelected to the CC in the Unity Congress (9th Congress) held in January 2007.He stood steadfast in all the ups and downs the movement always defending the party line.

He had unwavering confidence in the party and its line. He opposed the opportunist trends that arose in the party. He stood firm despite the movement facing adverse conditions.He never wavered and stood like a pillar in fulfilling whichever responsibility the party entrusted him with.He stood as a great leader till his last breath with unwavering commitment to the revolution, steely determination and will power.

Arrest and his jail life

In August,2007, he got arrested. He faced days of interrogation, mental torture but, he never bent before the enemy.The State tried its best to prolong his incarceration by foisting more than 60 cases and even managed to get a conviction of 6 ½ years in a fabricated case.While yearning for his freedom, he continued to educate and inspire young cadres who were in jail with him. Never to rest, he utilized the time, in reading books and studying national and international situation.He interacted with various Islamic activists and tried to understand their movement.

Early morning hours were spent in writing long letters and political notes on various issues, to comrades in different jails.He got released in Aug, 2013.Jail life could not break his spirit though it took a toll on his health.On release, he stayed with his family and utilized this time in meeting and propagating about the movement. He waited to join his comrades, but, on his way to meet them, he passed away. His wish remained unfulfilled.

Comrade Sridhar’s martyrdom is a major blow to the movement.The proletariat and toiling masses of our country have lost one of their greatest sons who selflessly served them till his last breath, with nothing but their interests and the interests of the revolution in his heart. Comrade Sridharwill live forever in the hearts of the Party’s rank and file and millions upon millions ofthe Indian masses.Our party upholds the ideals of comrade Sridhar. It vows to fight relentlessly to fulfill his dreams.

Our CC, CPI (Maoist) pays red homage to him with bowed heads. It is sending its deep condolences to his family and friends and shares their grief.

Let us pledge ourselves once again to fulfill the great ideals for which Comrade Sridhar Srinivasan had laid down his life.

My heartfelt condolences to his family!Great crusader against oppression!