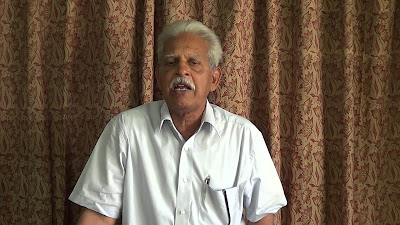 In the context of the murder of Karnataka rationalist and writer M.M. Kalburgi, writers, poets and cultural activists of Left parties and organisations of all hues in Telangana reportedly decided to form a joint forum for united struggle against saffronisation.

The forum will include all secular, democratic and social writers, CPI(M) State secretary Tammineni Veerabhadram said, after his second meeting with writer-poet Varavara Rao from ViRaSam on Tuesday.

Notably, this is the first time ever that CPI(M) and ViRaSam — a literary front of CPI(Maoist) — are coming together for joint action. Mr. Rao too confirmed that efforts are on to constitute such a forum.

“In fact, we have been attempting for such unity for a long time, since the present Prime Minister Narendra Modi visited the city for the first time before elections.

Earlier too, we had launched issue-based struggles with other organisations except CPI(M),” he said.

It has been decided to organise a day-long meeting on September 13, and constitute a committee with representation from all the participant forums, Mr. Veerabhadram said.