Where there was no unity, we can have unity: The Liaison Committee for a New Communist Party congratulates the Communist Party of India (Maoist) in its 10th anniversary. 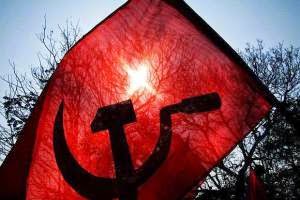 It is with revolutionary joy that we salute the Communist Party of India (Maoist) [CPI(Maoist] in its tenth anniversary. This anniversary is the continuation of a long history, that began in the late 1960s, of the struggle against imperialism, semi feudalism, and for proletarian power that was begun by the Naxalite insurrections. From these first struggles, and the shake up of the revisionist, stale, and sold-out “Communists Parties” that emerged from or gave way to the Naxalite struggle, emerged the forces that would later form the CPI(Maoist).

The revisionists have in many cases become nothing more than the left mask of reaction and fascism. Many of the most terrible criminals against the people emerged from these “Communist Parties”. The CPI(Maoist) stands as a testament of actual communist politics being possible in India in spite of these opportunist, often criminal, reactionaries. It has been forged in the struggle against these reactionaries as much as it has been forged in the struggle against the State and the ruling class they so loyally serve.

The forces advocating the communist politics of protracted people’s war have themselves marched a long march, often riddled with antagonism, disunity, and with treason and revisionism emerging from within. However, by correctly pursuing a democratic centralist policy, and by believing in unity-struggle-unity as a principle of engagement, the forces that steadfastly pursued the communist policy – Communist Party of India (Marxist-Leninist) People’s War and the Maoist Communist Center – where able to consolidate after decades of struggle into the CPI(Maoist).

They were among the first forces to raise the flag of Marxism-Leninism-Maoism, and thus important to the Int, The forming of the CPI(Maoist) represented an example to the International Communist Movement that when the ideological, political, and military perspective that puts forth the importance of principled unity based on common synthesis in concrete action among the people, unity is possible where unity was thought impossible. To paraphrase Mao Zedong: correct line determines everything: where there was no unity, we can have unity.

CPI (Maoist) and CPI (Marxist-Leninist) Naxalbari recently continued this tradition of consolidation and struggle, announcing their merger in Mayday this year. These processes of consolidation far from being one of unprincipled unity have been a result of summation, self-criticism, criticism, and rectification. 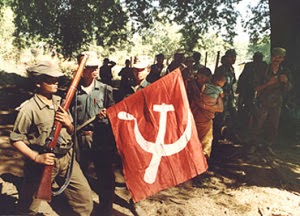 While an example to all of us outside of India, it is in particular important for us in the United States of America where the communist movement is only now re-emerging after the historic setbacks of right-opportunism and Avakianist liquidation as well as those who would want to hide the flag of Marxism-Leninism-Maoism as inconvenient in our context. The process of organizational struggle and consolidation is one shown in the experience of the CPI(Maoist) as protracted and as possible and as necessary as the struggle for liberation and socialism itself. Where there was no unity, we can have unity.


In the moments when the fascist and Hindu chauvinist government of India moves into a naked repression of even the most moderate elements of the revolutionary forces, we need to pay attention to India as the future of revolution for socialism in the 21st century. It is in the Adavasi forest that the new world is being born, a world in which patriarchy, caste, racism, homophobia, and the scorched earth reality of capitalism are replaced by the people in power, were reaction and hate are not the policy of the State, but rightfully considered crimes deserving punishment. It is a leading force of proletarian revolution  our times.
As communists, it is our responsibility not only to celebrate and support the CPI(Maoist), but also to make revolution at home. The USA as one of the centers of imperialism is not only responsible directly or indirectly for the suffering of the Indian masses, but also represents one of the most reactionary ruling classes in the world. At the same time, as a prison house of nations, as the nation with the most jailed people, as a place with wide disparities in spite of huge (stolen) wealth – the USA presents an opportunity for revolutionary action.

For socialism to finally defeat imperialism and capitalism it must fall everywhere: our task as communists is to make revolution, no matter where we happen to be at. The Liaison Committee will continue the struggle to raise a communist pole in the USA inspired by the example of the CPI(Maoist) – at the same time learning and summing up from our own experience and long path towards unity and consolidation. We raise our fist in salute, and will, sooner rather than later, walk the path of revolution in the belly of the beast. We hope to repay ten fold the lessons and inspiration the Indian revolution has given us.

We shall shatter the shackles of imperialism and feudalism and destroy this rotten system!

We shall build our future with our own hands !

Avakian's New Synthesis is not a liquidationist line, this is a gross and unfortunate caricature.

The CPI Maoist will only take their struggle to a higher level by engaging serious with the New Synthesis of Communism.

What Avakian's new synthesis may be, making it a precondition for people's war in India getting into a "higher level" is much more off of the line than calling the guy a liquidationist liner.

what really new has been said in his thesis that change the ruling classes and, revolutionary elements of the people of India? Chairman Ganapathy has already expressed his disagreements with many revisionist line of which, this first worlder's line is, included brief and straight. Without supporting people's war in a country such as, India one doesn't deserve to be in any ways associated with Mao Tse-tung thoughts.

Please explain how high level of their struggle is in India and, what sort of sophistication will occur by accepting Avakian's new synthesis. Does that make changes on the classes they are fighting against? does it put people's war under a question mark? How high is the level of the party of Avakian itself to have value and legitimacy to make such suggestions? Please explain.