Scotland : A Yes Vote is a Vote for Democracy - to be followed by Class Struggle for a Socialist Scotland


Democracy and Class Struggle thinks John Gamey puts it well: The most arresting fact about the referendum is that no newspaper ....
English or Scottish – supports independence except the Sunday Herald.
The Scots voting yes have been almost without representation in the media. There is nothing unusual about this. Change in any direction [...] requires defying almost the entire battery of salaried opinion.
What distinguishes the... independence campaign is that it prospers despite this assault.
In the coverage of the referendum we see most of the pathologies of the corporate media. Here, you will find the unfounded generalisations with which less enlightened souls are characterised.
In the Spectator, Simon Heffer maintains: “addicted to welfare ... Scots embraced the something for nothing society”, objecting to the poll tax “because many felt paying taxes ought to be the responsibility of someone else”.
Here is the condescension with which the dominant classes always treat those they regard as inferior: their serfs, the poor, the Irish, Africans, anyone with whom they disagree. “What spoilt, selfish, childlike fools those Scots are.
They don’t have a clue how lucky they are,” sneered Melanie Reid in the Times. Here is the chronic inability to distinguish between a cause and a person: the referendum is portrayed as a vote about Salmond, monstered beyond recognition (a Telegraph editorial compared him to Mugabe). 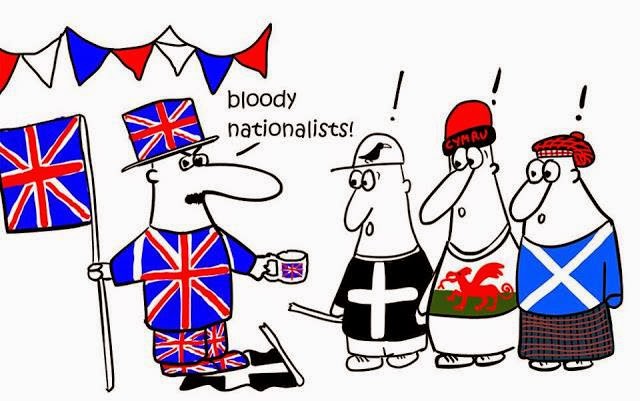