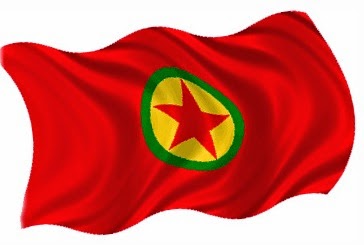 By Guney Yildiz BBC News -
A top Kurdish politician has warned that Turkey’s peace process with the Kurds risks collapsing in the face of Islamic State (IS) attacks on the Kurdish Syrian border town of Kobane.
Speaking to the BBC from Brussels, a leading member of the Kurdistan National Congress, Adem Uzun, said that Turkey had been helping Islamic State militants in their attacks against Syrian Kurds.
He was one of the Kurdish politicians who negotiated a peace deal with Turkish officials in the first round of peace talks between Turkey and Kurdish rebels in Oslo in 2011.
The all-out attack by jihadists on Kurds in Syria is the most significant threat to the peace process since its official start on 21 March 2013, when the imprisoned Kurdistan Workers’ Party (PKK) leader Abdullah Ocalan ordered a ceasefire and asked PKK militants to withdraw from Turkish borders.
Turkey’s attitude towards Kurds in Syria was the reason behind the peaking of the PKK’s war with Turkish army in 2012.
Following statements by the then Prime Minister, Recep Tayyip Erdogan, that Turkey would not tolerate a “terrorist structure” on its borders – a reference to the Kurdish administration in Syria – the PKK stepped up its attacks in Turkey in a bid to divert Turkey’s attention from Syria.
Taking significant risks, the PKK carried out audacious attacks across Turkey and held control of a large territory in the south-east corner of Turkey for weeks.
That peak in the war was followed by a historic peace process which halted 30 year-old hostilities in Turkey’s Kurdish- populated east and south-east.
Since then, the peace process has proved less fragile than many observers foresaw. Results of the Turkish presidential election on 10 August indicated strong public support for the peace process with one of the architects of the deal, Mr Erdogan, getting 52%, and Selahattin Demirtas, a Kurdish left-wing candidate, getting around 10%.
However, following the crisis in Kobane, the PKK’s armed wing carried out several attacks on Turkish security forces despite the ceasefire. 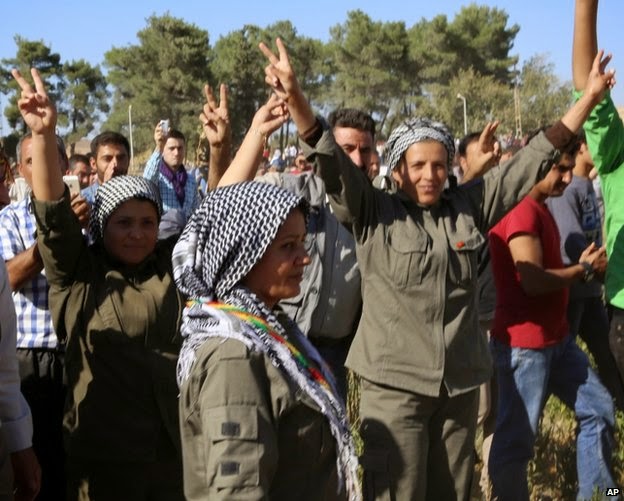 PKK loyalties
Unlike the Iraqi Kurds, who are allied with Turkey, Syrian Kurds are closely affiliated with the PKK.
Many of them have fought against the Turkish army in the ranks of the PKK since 1984. Some of them have become the top commanders in the PKK’s armed wing.
The Turkish government’s declaration that it wishes to establish a buffer zone on the Syrian side of the border – which would mean effective control of Kurdish areas in northern Syria – also met strong criticism from PKK officials.
The Turkish government is expected to announce a “road map” for a peaceful solution to the Kurdish question by the end of September.
“We have our own road map,” Interior Minister Efkan Ala told reporters. “We are leading the solution process. It’s not being shaped by others who want to lead us.”
Asked about the demands of the Kurdish side, Adem Uzun said: “The Turkish state should start by stopping all kind of support it has been extending to jihadist militants and should start dealing officially with the Kurdish administration in Western Kurdistan [northern Syria].”
According to Mr Uzun, Turkey should also provide opportunities for the imprisoned PKK leader Abdullah Ocalan who, he says, has the last say on the issue, to establish links with his organisation.