India: Sanhati Collective on mass detention and arrests in Hyderabad 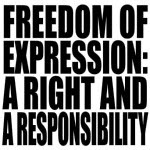 Telengana: Statement on mass detention and arrests in Hyderabad


We condemn in the strongest possible terms the completely senseless and illegal action of the Telengana police in arresting the participants and organizers of the seminar and public meeting on 10 years of revolutionary movement which was to be held in Hyderabad today, 21st Sepetember 2014.

In the arrests which began in the middle of the night and have been happening throughout the morning, more than 200 people are reported to have been arrested.

Women and children have been picked up from their homes in the middle of the night by male police. Many attendees have been arrested directly from the Secunderabad railway station on their way to Hyderabad. Some of the attendees have been put under virtual house arrest. This includes diabetics and elderly people who are being forced to go without food as they cannot step out of their rooms under threat of arrest. Democratic rights activists and students who have protested against these arbitrary and illegal detentions have been arrested themselves.

All these are ominous signs that a regime completely disrespectful of democratic rights have been put into place by the K Chandrasekhar Rao government in Telengana. The TRS of KC Rao which came to power on the backs of a mass movement is showing its true colours in preventing a public meeting in Hyderabad.

These unprecedented arrests, which the police is claiming to be “preventive detention” is a direct attack on the fundamental right of people to associate and assemble, as enshrined in the constitution.

Also, it is a complete violation of the law for women to have been picked up by male policemen at night.

We demand the immediate release of the detained organizers and participants of this seminar and meeting and demand that the meeting be allowed to take place. We also call upon all democratic-minded people and organizations to protest against this absolutely undemocratic and tyrannical action of the Telangana state government.
Posted by nickglais on 9/22/2014 01:12:00 AM