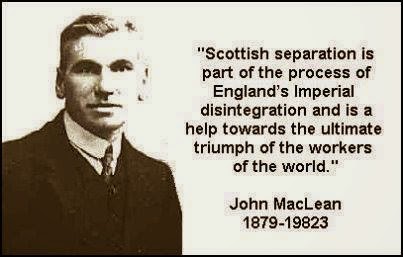 Members from both sides of the US political spectrum say a Yes vote in Scotland’s independence referendum may compromise the UK-US strategic relationship. A weakening of Washington’s top military ally and the fate of the UK’s nuclear arsenal are key.

Representative Bradley Sherman [D-CA], who has vocally opposed the prospect of Scotland breaking away from the UK, said America’s foreign policy establishment is united in its hope Scotland will remain a part of Britain.

"You will not find anyone involved in American foreign policy – from the president on down – who does not think that this division will weaken the alliance that we have," Sherman told the Telegraph on Thursday.

The US State Department has voiced its support of a Scotland that remains part of Britain, and many Democrats and Republicans have expressed hope a ‘no’ vote wins the day on September 18.

On the question of Scottish self-determination, President Barack Obama said at a G7 summit in June the US has “a deep interest in making sure that one of the closest allies that we will ever have, the United Kingdom, remains strong, robust, united, and an effective partner.” His stance on the issue remains unchanged, according to the deputy spokesperson for the US State Department Marie Harf.

On Tuesday, Harf referenced Scotland’s referendum as “an internal UK matter,” and was unwilling to offer any words of support for or against Scottish independence. But in a public press briefing on Wednesday, the deputy spokesperson for the US department took a firmer stance, and endorsed Obama’s position on Scotland. Harf added, however, that the issue of self-determination was a question for the Scots, and “ultimately these decisions need to be made by the people of Scotland.”

I suggest that before calling others pseudo leftists, that NG acquaint himself with a real Marxist analysis of the issue, in the Weekly Worker by Jack Conrad:

A shameful article trying to equate the idea of a Scottish Socialist Republic of John Maclean with the ideas of Enrico Corradini and Fascism and repeating slanders about the madness and paranoia of John Maclean inventions of Basil Thompson of British Intelligence.

It is not the incorrect theory of Proletarian Nations but the Class Struggle in National History that Conrad Forgets yes the two classes not the two nations.

Conrad the Trotskyist full of praise for Rosa Luxemburg's opposition to Polish Independence and her proletarian internationalism - yes the bourgeois cosmopolitan supranationalism that the revisionist Conrad's love while denying the true proletarian inter-nationalism of nations which Lenin both understood and developed and promoted.

These ideas of Conrad were denounced by Lenin in 1916 in his thoughts on see the Easter Rising. http://democracyandclasstruggle.blogspot.co.uk/2012/10/the-cosmopolitan-left-and-national.html

Just that the Conrads and his pseudo socialst ilk understand the position of Democracy and Class Struggle on Scotland and Scottish Independence and do not try to falsify it.

"Democracy and Class Struggle says that it is delusional if the Scottish Left think that an Independent Scottish Socialist Republic can be legislated through the Scottish Parliament or any other bourgeois institution .

Has usual the Trotskyist Conrad tail ends the Labour Party who have been calling the SNP Neo Fascists since Ian Davidson's comment in 2011.

The Voice of US imperialism is very clear on Scottish Independence


"You will not find anyone involved in American foreign policy – from the president on down – who does not think that this division will weaken the alliance that we have," Sherman told the Telegraph on Thursday

So weakening NATO and the Anglo American Alliance God Forbid that Jack Conrad should support that and be a revolutionary communist, rather than the Trotskyist social democrat - so lets join George Galloway and smear the working class that support Scottish Independence Fascist after all that will prove how full of revolutionary rhetoric we are while serving both the interests of the British State and US Imperialism.

Psuedo Leftism Par excellence from Conrad and his ilk