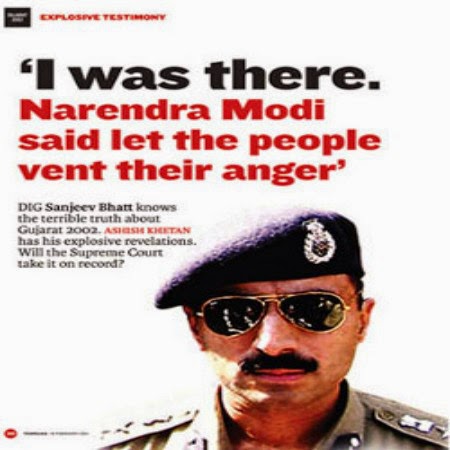 Court summons for PM Narendra Modi in US

A federal court has issued a summons to Prime Minister Narendra Modi over his alleged role in the 2002 Gujarat riots.

NEW YORK: Barely a day before he was scheduled to land in the United States, a federal court has issued a summons to Prime Minister Narendra Modi over his alleged role in the 2002 Gujarat riots.

Multiple media reports indicate that the summons was issued by the Federal Court of Southern District of New York in response to a civil case filed by the human rights group American Justice Centre (AJC) on behalf of two Gujarat riots victims.

More details about the lawsuit are likely to emerge on Friday when the American Justice Center will hold a press conference at the Grand Hyatt in New York.

According to the reports, the summons requires Modi to respond within 21 days after once it is served. It is highly unlikely that it will be served.

The prime minister will be in New York till and Monday afternoon, when he will fly to Washington for meetings with President Barak Obama and other US leaders.

Modi is not the first Indian leader to be sued in US courts on rights issues.

A group called Sikhs for Justice (SFJ) filed a case against Congress leader Sonia Gandhi, alleging that she played a role in the 1984 anti-Sikh riots, and attempted to serve her with a subpoena when she was in New York City last September. That case was also filed in Federal Court of Southern District of New York.

SFJ had also filed similar cases against former Prime Minister Manmohan and Punjab Chief Minister Parkash Singh Badal at a US federal court in Washington, DC.
Posted by nickglais on 9/27/2014 02:17:00 AM