Failure by the US to investigate Saudi Arabia’s connection to the 9/11 attacks is among the factors that led to the rise of ISIS, says Bob Graham 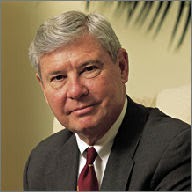 Failure by the US to investigate Saudi Arabia’s connection to the 9/11 attacks is among the factors that led to the rise of ISIS, Bob Graham, a former senator and co-chairman of the official inquiry into 9/11, told The Independent in an interview.

Graham has expressed doubts about the US’s reliance on Saudi Arabia as an ally in fight against Islamic State (also known as ISIS or ISIL). Earlier this week President Obama announced a plan, according to which Saudi Arabia is supposed to provide training for moderate Syrian rebels, who are expected to fight both the ISIS and Assad's forces.

‘No safe haven’: Obama declares airstrikes on Islamic State ‘wherever it exists’

The former senator said it was not the best decision to rely on the country which has often been accused of sponsoring “the most extreme elements among the Sunni.”

The US appears to have a history of turning a blind eye to the disputable activities of its long-time ally. Graham, who was in the Senate for 18 years and chaired the Senate Intelligence Committee for more than a year following 9/11, questions the way US intelligence treated the Saudis after the attack on the Twin Towers.

Despite the fact that 15 out of 19 of the hijackers were Saudis, some 144 of their compatriots mostly from the Saudi aristocracy, were able to return home to Saudi Arabia within days of the attack without being questioned by the FBI.

“There were several incidents [in which US officials] were inexplicably solicitous to Saudis,”

“I believe that the failure to shine a full light on Saudi actions and particularly its involvement in 9/11 has contributed to the Saudi ability to continue to engage in actions that are damaging to the US – and in particular their support for ISIS,” he says.

US allies cultivated Islamic State. Now IS plans to 'raise flag of Allah in White House'

Some light on the Saudi role in the 9/11 tragedy could be shed if the 28 redacted pages from the inquiry were made public. Graham has been campaigning for that.

Obama promised to release the censored documents during his first presidential campaign, but haven’t yet delivered on the promise.

Graham speaks of close personal ties between the Bush family and the Saudi Arabia rulers. But why the “policy of covering up Saudi involvement [in 9/11] persisted under the Obama administration” is something he fails to understand.