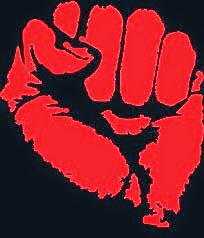 This event had historic importance.In spite of deviations the forming of this party laid the historical roots for the later developments and formations

After forty years of revisionist domination of the Indian communist movement this historic break changed the entire course of India's political development.

Never again has Indian polity been the same.

It brought the path of armed struggle on to the agenda, extracting Indian politics from the stagnant, putrefied filth of the Indian parliament, and giving it a nascent freshness.

It injected a new life into a dispirited, disillusioned country, dispelling the pessimism of two decades of fake independence.

It inspired an entire generation of youth to a new world, built on justice, equality, truth and freedom.

The party, built on the foundations of the great Naxalbari uprising and cemented together with the ideological struggle against revisionism, chartered a new path for India's future. Charu Mazumdar, its pioneer, gave it its roots by his historic eight essays against the revisionists and by initiating the armed struggle in Naxalbari.

The setback in 1972, caused by a combination of brutal fascist attacks and incorrect tactics, does not in any way detract from the party formation's historic significance.

The lives of over ten thousand comrades martyred has not gone in vain; as the CPI (M-L) [People's War], drawing lessons from the left sectarian errors of that period, has marched forward in the spirit of Naxalbari and along the basic line chalked out at its first Congress (the Eighth Congress) in 1970.

Developing the strong points, rectifying the errors, learning from experience and basing on Marxism-Leninism-Mao ZeDong Thought or Maoism, communist revolutionaries, primarily from Andhra Pradesh (AP) and Bihar, advanced forward along the path of armed struggle and re-established centres of the original CPI (M-L).


Naxalbari and party formation are two sides of the same coin. Naxalbari, without party formation, would be like a shot in the dark - an isolated event. Without consolidation of all anti-revisionist forces throughout the country, which took place only through the process of  party formation, the fruits of the uprising would have frittered away. And party formation was inconceivable without Naxalbari, which helped dispel four decades of entrenched revisionism through a living example of the new path of armed struggle.

The 'Spring Thunder over India' was the clarion call to all genuine communist revolutionaries of the country; party formation was its consolidation.

After 1972, with the decimation of the bulk of the party, the revolutionary forces slowly began to recoup.

While one section of the CPI (M-L), continuing with the Left line got wiped out, another section went back into the muck of parliament, and, from a right deviation soon landed in the lap of revisionism.

Only a few amongst the CPI (M-L) continued along the revolutionary path, while correcting the Left errors.

Of these, the major two forces were the erstwhile CPI (M-L) [People's War] and CPI (M-L) [Party Unity].

Of the non-CPI (M-L) forces a major revolutionary group that grew was the MCC in parts of Bihar.

“The Central Leadership of the C.P.I(M.L) failed to resolve correctly certain questions of policy regarding mass line ,military line and style of work. Instead of devicing correct CT Marxist Leninist policies in the light of objective analysis, the cental leadership started divicing such policies subjectively.

They revealed a sectarian, individualist and bureaucratic trend. The failed to mobiles all the sincere C.R’s in he party,through ideological persuasion and political struggle. Although the 8th Congress of the C.P.I (M.L),boldly drew a clear line of demarcation between Marxism and Revisionism, upheld the correct general orientation and path of Indian Revolution, yet adopted certain left adventurist policies on the questions of mass and military line. It asserted that mass struggles and mass movements wee indispensable and that the principal contradiction was that between feudalism and the broad masses.

It is significant that later in their April 1993 issue of Liberation they wrote, ‘The C.P.I(M.L) had failed to understand the significance of consistent struggle of ideological, political nature within the party and outside for further quantitative and qualitative consolidation of revolutionary forces in and around he C.P.I (M.L)

Early success led them to sectarian politics and organizational authoritarianism.They failed to realize the significance of consistent struggle in each and every activity of party leadership brought forth from C.PI.and C.P.M. Revolutionary broadness and flexibility was replaced by authoritarian principles .The leadership failed to realize the dimension of the converging process of revolutionaries in and around the party.

Opportunist onslaught within the party gave rise to organisational centralism.

The Central Team however upheld the formation of the C.P.I(M.L)in 1969. Quoting their journal, “The heroic ideological struggle through concrete actions leading to armed agrarian upsurge by the peasantry, the main force of revolution gave birth to the re-organised Communist Party-the Communist Party of India(Marxist Leninist)

In 30 years the party has split into several fractions.

Some of them claim to be he party while othrs operate as part of the paty.Many Communist revolutionaries are divided in these groups.

There has been failure of Communist Revolutionaries to evaluate correctly the original/correct formulation on which the structure of he party was built.

The time is most suited for the true communist Revolutinaries to merge with he whole.i.e.with the “C.P.I.M.L”. and form the centre to take up the responsibility of the Indian Revolution which is New Demoratic and principally an armed agrarian revolution.We must establish the monlolithic Centre of Democratic Centralism which was lost after 1972.9

When the original C.P.I.M.L disintegrated)The All India Revolutionary Centre(re-esatablish the 8th Central Committee) of the party must be re-established.”

Peasants and workers associations found no let out through associations and Unions. Authoritarian principles came from revisionist culture.

Whole of the party and it’s activists gradually became isolated, decentralized and became easy prey to reactionary assaults. The revisionists and opportunists utilized this and helped split the party into fractions.”
Posted by nickglais on 4/22/2014 12:54:00 PM