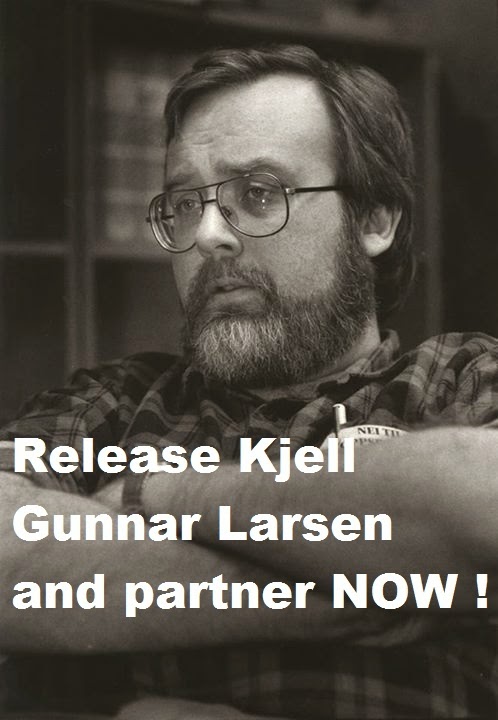 Stop political repression
Kjell Gunnar Larsen, communist activist through 40 years was arrested today.
With his living partner, he was arrested in his own home this morning. With this, the harassment of SOS Rasisme is reaching a new level. Since state repression of the organization started in 2008, the accusations have fallen like hail.
It is an old and well used trick from rulers in all countries to brand opposition as criminal. In Russia, opposition gets arrested for “piracy” of computer programs. In Norway the accusations are a bit more advanced, but no less false and constructed.
SOS Rasisme has met the accusations with thorough documentation. In these days members of parliament is let off the hook for personal corruption. This happens in gross contrast to how the activist Kjell Gunnar Larsen is treated.
Serve the People send our warm thoughts to both the arrested, and hope they are let out sooner than later. We encourage friends and comrades, from Norway and internationally, to send supportive letters trough post@tjen-folket.no.
We appeal to join the Red Block First of May and show that the opposition is alive, despite of state repression.
Smash class “justice”! The struggle continues!
Tjen Folket
28.04.2014

Democracy and Class Struggle says contact your Norwegian Embassy and call for release  of two comrades arrested this morning in Norway :

Please send letters to Norwegian Embassy protesting this arrest on the eve of May Day by one of Norway's best working class sons.

Norway arresting Kjell Gunnar Larsen and his parther this morning sends a message that democracy in Norway is in danger.

One of Europe's and Norways leading political activists against Racism has ...been arrested.

We call for his and his partners immediate release before Norways human rights image is further damaged.