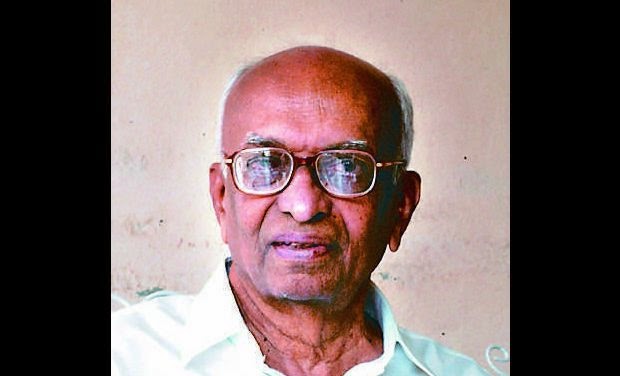 This article expresses the personal views of Harsh Thakor


Today ,on April 13th we observe the 1st death anniversary of justice Chinnapa Reddy, a crusader for justice in the legal system.

Throughout his life he battled against the unfair practices and violations of democratic rights in the judicial system.

He produced some of the most authentic writings on how the judicial system was manipulated by the ruling classes or the bourgeoisie.

He exposed the conspiracies of sections who manipulated the judicials system for vested interests in clear class analytical, Marxist-Leninist light.

Chinnapa Reddy was thus a thorn in the flesh for the ruling class politicians and industrialists or big landlords, imbibing the very ideology of Marxism-Leninism-Maoism in his work..

He traversed a journey through the most turbulent of seas in withstanding the iron feet of opression..He revealed new dimensions of the Indian constitution.He was a strong opponent of religious gurus,hindu revivalists and globalization.

He also critically supported reservations for the scheduled castes.Although never a party member his practice illuminated the flame of Marxism-Leninism –Maoism more than any judge.

He literally gave decisions with an iron hand never cringing before the oppressors.

Today we have the worst corruption within the judicial system where many judges become virtual stooges of politicians or ruling classes and sell values in exchange for money.

It is the work of Chinnapa Reddy that gave the exploited classes a voice in the courts. Almost gone is the generation when we had lawyers who were crusaders for the emancipation of the opressed.I reccomend readers to read a book published by the Tarimela Nagi Reddy memorial trust in his memory titled ‘Justice O.Chinnappa Reddy,A Legend.’.

It compiles Chinnapa Reddy's writings on the judicial system which brilliantly illustrate it's true nature.

In contrast democrats have been victimized in the name of 'naxalism'like Dr.Binayak Sen. or activists of the 1987 Dalechauk Bahera struggle.

He played a major role in the setting up of the citizens tribunal after the Ayodhya riots  in 1993. No judge ever was arguably more secular or fairer to the working people than Chinnapa Reddy.

Justice Chinnappa was the first judge to  induct legal authority and power to the principle of equal pay for equal work and who struck down the hire and fire policy practised by some state governments.

He rebuked those who opposed the reservations movement relating the plight of the members of scheduled castes which revealed the true political nature of the two parties involved who used the dispute to promote their political interests.

Quoting justice Krishna Iyer “When the history of the supreme court comes to be written, the one name which will stand out in shaping the radical trend is that of Chinnappa Reddy.

In ideology he was a complete Socialist.” Today he would have been  a great  source of strength in the cause justice for  political prisoners unjustly languishing in jails or to workers bonded by the contract system.

His name carves a permanent niche in the crusaders against injustice.

Long live his memory and may his spirit  be resurrected to create  many more like him!

He enrolled as an advocate in the Madras High Court in 1944. Later, he practiced in the AP high court and became popular as a civil and criminal lawyer. He was appointed public prosecutor in 1960 and continued till his appointment as additional judge of the AP high court on August 21, 1967.

He became a permanent judge on November 27, 1967. He was transferred to Punjab and Haryana high court in 1976. He was re-transferred as judge of the AP high court from September 9, 1977. Justice Reddy was appointed as judge of the Supreme Court from January 17, 1978 and continued in the post for about 10 years. After his retirement on September 24, 1987, Justice Reddy became chairman of the Karnataka BC commission.


Justice Chinnappa Reddy was admired for his many pro-active judgments which were defined as the modern Constitution of India. He was a humanist and an activist judge whose contribution to the cause of humanity and to the growth of human rights jurisprudence has been very significant.

He is the author of a book titled “The Court and the Constitution of India: Summits and Shallows” which provides an insight into role of the Supreme Court in interpreting the main themes of the Constitution and in formulating contemporary public law in India.

He held all the positions with great distinction.


Justice Reddy had delivered several remarkable judgments relating to human rights and was described as pro-poor.


Krishna district Judge G.Chakradhara Rao said that the ideals of Justice Chinnappa Reddy would definitely be reflected in the work of both the bar and the bench. He said a lot was being said about the challenges and failures of the judicial system. But given the resources and infrastructure available the judicial system was doing wonders.

There were several, including admires of Justice Chinnappa Reddy to protect the judicial system from failing, he said.


He lauded the Nagireddy Memorial Trust and the Bar Association for conducting such a programme and popularising a book with the speeches of the legal luminary. The judge said for the poor the primary court was like the Supreme Court because the expenditure increased as the case goes to the higher court.


Metropolitan Sessions Judge R.Murali said that the book covered the entire history of Justice Chinnappa Reddy’s career. People like him never died, they lived forever through their deeds. The judge’s contribution to criminal jurisprudence was enormous, he said.


His contribution to criminal jurisprudence is enormous, says Metropolitan Sessions Judge.
Posted by nickglais on 4/13/2014 10:17:00 AM