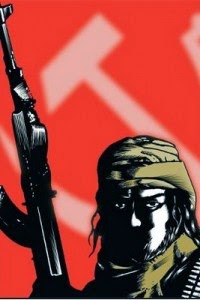 The outlawed CPI (Maoist) has for the first time released a ‘short-term vision’ document or ‘poll manifesto’ urging people to shun the ‘pseudo-democratic system’ and demanded a revamp of the Constitution of India.

In a first, CPI (Maoist) has released an ‘election manifesto’, a copy of which is in possession of this correspondent, asking the people of the country to choose between the ‘pseudo-democratic system’ prevailing in the country and ‘real democracy’ promised by the banned outfit.

Although the outfit has given a call to boycott the 16th General Elections across the country, the manifesto says, “Exercise your franchise if you support the pseudo-democratic system.”

The document signed by CPI (Maoist) central committee spokesperson Abhay alias Mallojula Venugopal Rao has demanded that the government repeal the ban on their organization and recognize it as a political party. According to Rao, his party is not secessionist, but has been struggling to establish the rights of the poor and downtrodden and empower women.

The four-page document deals with the Maoists’ stand on an assortment of issues, including education, healthcare, employment, agriculture, industrial development, environment, secularism and even foreign relations. Releasing the ‘manifesto’ in Ranchi, CPI (Maoist) of the Eastern Regional Bureau spokesperson, Sanket said, “Our party’s views are based on ‘panchsheel’, the five guiding principles for peaceful coexistence practiced in ancient India.”

The Maoist manifesto calls for framing a new Constitution pledging freedom of expression and speech, right to avail primary education, right to primary healthcare, right to obtain minimum employment, right to form an organization, right to assemble and protest and compulsory participation in daily governance.

It even offers the organization’s views on the country’s relations with neighbors and other foreign nations.

“Contrary to the common perception, our party wishes to achieve genuine peace. Ever since the Naxalbari peasant movement in 1967, our party has been struggling to resolve the fundamental issues of the people and the country – ushering in genuine land reforms, democracy, self-reliant development models, sovereignty and enduring peace to ensure India’s progress and prosperity,” the document states.

At the same time, the Maoists have demanded the demolition of the male-dominated and patriarchal socio-economic-legal system prevailing in the country.

The manifesto promises equal rights to women in all fields, in addition to ensuring death penalty for molesters and rapists.

Though the document says that CPI (Maoist) is pleased with the role of the Election Commission of India, which has vowed to strengthen democracy and introduced the NOTA (none of the above) option in the EVMs (electronic voting machines), the organization demands that people should be given the ‘right to recall’ their elected representatives when they fail to deliver or indulge in misdemeanors.

“If the people have the right to reject the candidates, why should the government deploy armed forces on the pretext of conducting ‘free and fair’ elections in places where our party has called for poll boycott?

In fact, the NOTA option suppresses the voters’ right to impeach their elected representatives,” the document argues.

The manifesto further states that CPI (Maoist) has said that it recognizes as well as values the all forms of ‘nationalist’ movements in the country and promises not to use force to suppress them. It says, “Our neo-democratic values do not support using armed force to compel nationalist movements to concede to India. We honor their decision and believe in peaceful co-existence.”

A press statement released by the banned outfit with the manifesto says, “The pseudo-democracy prevailing in the country and flawed economic policies of the successive governments are responsible for the increasing miseries of the common people. Besides being responsible for inflation and unemployment, they have increased the divide between the rich and the poor.”

Citing the report of the 2011 National Commission for Enterprise headed by noted economist Arjun Sengupta, Sanket said, “While more than 836 million (77%) Indians continue to live below the poverty line and are unable to spend even INR 20 for their daily living, industrialists and politicians are vying with each other to get into the Forbes rich list. We promise to change this trend.”

Describing the manifesto as a “gimmick”, Jharkhand Vikas Morcha (JVM) chief and a former Jharkhand Chief Minister, Babulal Marandi said, “If they are really interested in peace talks, why are they not giving up violence? Why don’t they participate in the elections to gauge their support?”

According to Marandi, who lost his son in a Maoist attack in 2012, the Maoists are afraid to face the fact that their mass base has eroded and people no longer support violence and the higher voter turn-out in the Naxalite-affected areas during the third phase of the 2014 General Elections proves this.

Vimal Agarwal, editor of an English-language regional newspaper Avenue Mail asks, “How can you claim to establish ‘real democracy’ when you are following Maoism, an entirely opposing political view.

What I understand from their manifesto is that they are promising ‘Red Democracy’ and not ‘real democracy’ to anyone who is willing to subscribe to their views.”

Democracy and Class Struggle says the Real Red Direct Democracy of the People is what India needs and  not the big money electoral politics of the very unreal democracy of the Indian Comprador apologist Vimal Agarwal.