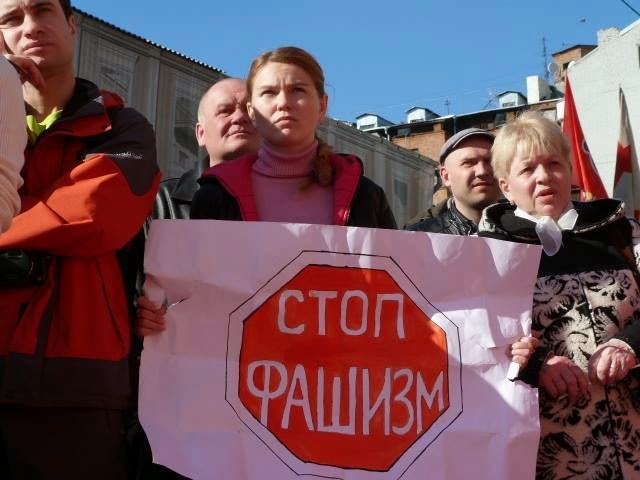 On March 23, activists of "Borotba" (Struggle), together with the association "People’s Unity" in Kharkov, held a rally and march in memory of the anti-fascist comrades who died on the night of March 14-15 at the hands of armed ultra-nationalists.

On that day, anti-fascists recognized and followed members of the neo-Nazi gang "Right Sector" who had fired upon mass anti-government demonstrations that took place in Kharkov on March 8.

When they arrived outside the fascists’ hiding place, the Right Sector opened fire. As a result two defenders of Kharkov were killed on the spot.

Participants in the rally tied black ribbons on flags in remembrance of the dead activists and observed a minute of silence. 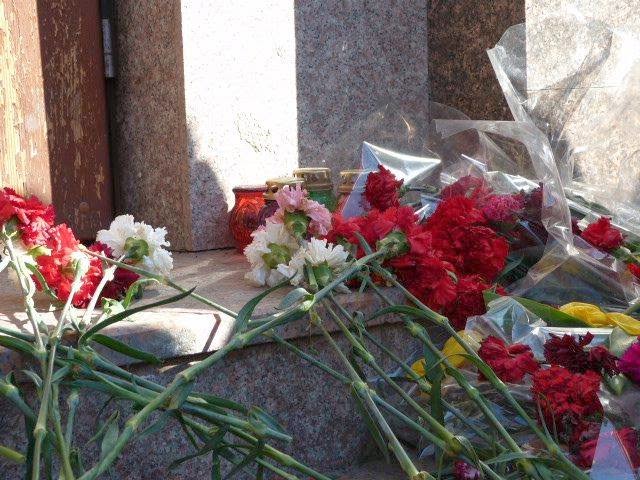 People came into Rymarska street to remember those who gave their lives to protect the civilian movement 10 days ago.

Activists marched through the main streets of Kharkov, chanting "Fascists kill, power covers up", "Remember forever", "Kharkiv, stand up!" and requiring local authorities to ensure democratic freedoms and the right to local self-government.

The blood of the Kharkov defenders is on the hands of the Kiev junta, which legalized the neo-Nazi gangs, armed them and sent to the South-Eastern regions, giving them their full support.
Translation by Greg Butterfield

Democracy and Class Struggle offers a Red Salute to Ukrainian Comrades - Smash Fascism in the Ukraine and Worldwide - your struggle in the Ukraine in our Struggle.