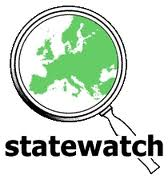 Campaign Against Criminalising Communities (CAMPACC), Statewatch, National Union of Journalists (NUJ), Campaign for Press and Broadcasting Freedom (CPBF), Haldane Society of Socialist Lawyers invite you to a
PANEL DISCUSSION ON


‘National security’ has been the common rationale for special counter-terror measures and mass state surveillance.  State methods include: undercover agents, interrogation under Schedule 7, informers and electronic surveillance by the NSA and GCHQ.  These practices systematically breach the right to privacy of one's correspondence.   Recent revelations about pervasive, mass electronic surveillance have provoked public debate on such practices and their political rationale.

Such extreme powers are not needed to protect the public. Rather, they are used to intimidate, disorganise and stigmatise opposition to state agendas for global domination and permanent war.

Through a securitisation process, potentially all societal conflicts are portrayed as threats of disorder or of enemies.  Threats – terrorism, extremism and suspicious behaviour – are defined so broadly as to target potentially anyone.  Supposedly to protect us from such threats, ‘security measures’ are becoming all-pervasive, turning us all into suspects. 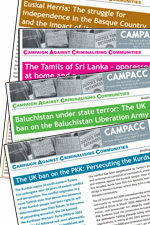 Democracy and Class Struggle welcomes this meeting in London to expose the Global and local Strategies of Tension with Global and local strategy of exposure.
Posted by nickglais on 11/24/2013 02:20:00 PM