India: Commemorating 100 years of the Ghadr party in the Desh Bhagat Yaadagar hall in Jalandhar in Punjab by Harsh Thakor 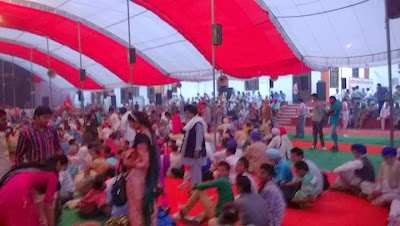 On 1st November at the completion of hundered years, huge gathering took place at Desh Bhagat Yadgar Hall, established by Ghdarite revolutionaries themselves after independence of India at Jalandhar. There was March in the city with thousands of workers, peasants, women, students and youth taking part with Ghadar party and other red flags of left movement.Some pictures of the occasion.


This event commemorating 100 years of the Ghadr party in the Desh Bhagat Yaadagar hall in Jalandhar in Punjab had historic significance.

Above all it witnessed the bonding of revolutionary cultural activists from all over the country and the resposnse was phenomenal.

For the 1st time a cultural troupe from Maharashtra performed in Punjab which represented the Dalit caste and it was the 1st time that the Republican Panther Party of India (representative of the Dalits) participated in a revolutionary event in Punjab.

Great cultural programmes took place in the night after a huge rally comprising about 6000 people paraded the streets of Jalandhar.

A superb play was performed which was written by the president of the Punjab Loksabhaycharak Manch,Amolak Singh ,which superbly portrayed the ideals of the Ghadr party and their relevance in the corrupt,exploitative society of today.

The cast brilliantly portrayed the theme. Vinay and Charul.from Ahmedabad also performed brilliantly with a touching presentation.On the previous day a quiz programme was held for school students in Jalandhar with 4 groups.

I was amazed with the knowledege of those students on the Ghadr party.

Overall the programme superbly rekindled the flames of the Ghadr party formed in 1913.

Above all it had the participation representing various trend in the Communist revolutionary camp who made great preparations for this historic event.

Tremendous cultural practice programmes were done by the youth of the play groups in the villages inspired by the late playwright Gursharan Singh. in Punjab. The people's heart's were literally radiated and the place looked like a light shimmering. 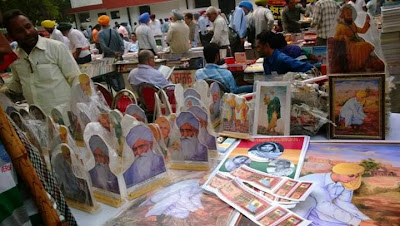 On the Desh Bhagat Yadgaar Hall premises abuzz with people, the final day of Mela Ghadar Shatabdi Da saw the participation of as many as 15,000 people from across the state.

Intellectuals, writers, farmers, historians, Ghadar enthusiasts, among others, participated in the fair celebrating the Ghadar centenary this year in big numbers.

While the fair also attracted popular writers and documentary makers, the primary aim for all was the celebration and understanding of the Ghadar ideology through discussions, contests, plays and film screenings. The movement, for all, remained the hero.

The organisers time and again reiterated the prime motive this year - a link which connects the present generation with Ghadar ideals. The concluding day started with a march past, which included students saluting the Ghadar flag.

In the song, which featured the voices of 150 artistes from across the state, various universities, student groups, artiste and theatre groups participated. 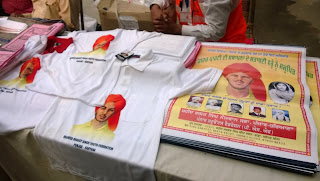 A Ghadar march from Desh Bhagat Yadgaar Hall to Shaheed Bhagat Singh Chowk was also held in the city on the occasion. Trustee Gandharva Sen Kochar and Chain Singh Chain and other eminent committee members led the march.

Intellectuals like Arundahati Roy participated as well as filmmakers like Sanjak Kak. Sanjay Kak was hugely impressed by the gathering and wished he could have made a film on the programme.