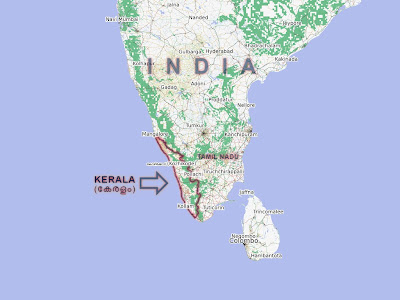 Notwithstanding the opposition of many Adivasi organizations and progressive forces, the government of Kerala appears bent on moving forward with its project of recruiting Adivasis as home guards, paying them Rs.500 per day, to take on the Maoist guerrillas allegedly active in the Western Ghats.

It is obvious that the state government is not learning lessons from the Salwa Judum experience in Central India and is bent on making Adivasis scapegoats in its impending showdown with the Maoists.
It was by the beginning of 2013 that reports of Maoist presence in the Adivasi areas of Western Ghats began to appear in the Malayalam press. The media was abuzz with debates over whether the people sighted in these areas were Maoists or not.

Many intellectuals, from ex-Naxalites to postmodern supporters of identity politics, chorused that there was no place for Maoists in Kerala and that it was not a fertile ground for Maoism.

Naxalism was passé and there was no need to recall Varghese (Kerala’s first Naxalite martyr) and the 70s. They claimed that the Adivasi settlements would not shelter Maoists.
But then came the declaration from the Maoists themselves. They were here. And they were here to stay, they claimed.
The formation of the Western Ghats Special Zonal committee and its People’s Liberation Guerrilla Army was made public through statements and posters.

And the leader of the party in the state, Rupesh, wrote a cover story article in one of the leading weeklies in Malayalam. So the Maoist threat to the state can no more be dismissed; it could well be a reality.
But then the question why Maoists among the Adivasis? The CPI Maoist is a communist party that claims to be engineering a new democratic revolution in India; it is not an Adivasi movement as is often portrayed.
Maoist parties across the world launch their peoples’ war from the areas where class contradictions are intense. It is from such epicenters the entire movement is built up. And in India, such contradictions happen to be particularly sharp in Adivasi areas. In fact the Naxalite movement originated from the Adivasi areas of Bengal. Kerala too is no exception.
Though advocates of identity politics claimed that the strength of Adivasi movements – which meant that they would determine their destiny and needed no saviours — indicated the irrelevance of Maoism in Kerala, the article by Rupesh painted a different picture.
He wrote about the reception the Adivasis accorded to them. They gave them rice and curry, he wrote. Now many observers feel that the Maoists are slowly gaining ground among the Adivasi areas of Western Ghats.
So, if that is the case, what may be the factors that drive the tribes people to such a movement? Answering this question will unfold the pathetic condition of this section of people in Kerala society.
The Adivasis in Kerala have never been a homogenous whole a single community. There are many Adivasi communities in Kerala, majority of them being agriculturists and some of them being hunter gatherers.
They were land owners and had a glorious past as well. The main tribal communities, Kurichias and Paniyas are known to have fought with the British forces for nearly nine years from 1805 along with Pazhassi Raja. The Kurumars once owned large tracts of land. But all those glories are a thing of the past. Thanks to the settlers from outside, the Adivasis were pushed off their land. And with the setting up of tea, coffee and rubber estate, many Adivasis were already reduced to bonded laborers.
The precarious condition of Adivasis in Kerala is now known to everyone though the state does not seem to acknowledge this with any seriousness. The peaceful agitations waged by the Adivasis for land were all brutally crushed. The betrayal of the state in the land issue continues even as land is being liberally given to the tourism lobby in these areas. Recently, more than 50 infants died off malnutrition in Attappady area of Palakkad district.
But the state refused to acknowledge this and one minister went to the extent of insulting Adivasis by saying that the deaths occurred due to the drinking habits of the Adivasis. Mysterious deaths of Kerala Adivasis continue in the ginger farms of Coorg. And the wages given to the workers in estates are much lower than the average wages given to workers in other parts of Kerala. The many different projects implemented in the name of Adivasi uplift are inevitably milch cows for politicians and bureaucrats. Crores of Rupees have now shelled out for this purpose though it has made no difference at all to the  Adivasis, or indeed, have worsened their condition.
In short, there exists a material condition in which the Maoists may well be able to garner the support of this most downtrodden section in Kerala society. It is against the structural war waged by the state that the Maoists are about to launch their ‘peoples’ war’, ostensibly for a better world.
Unless the state stops its war against the downtrodden people, unless it stops making Adivasis scapegoats in the name of putting up local resistance, it is not going to make things any better.
Unfortunately the move to recruit some 1000 Adivasi youths for taking on the Maoists suggests that the state is going to emulate the failed, unconstitutional experiment of Salwa Judum. The Supreme Court order disbanding the Salwa Judum had clearly observed that it was against the Indian Constitution.
This ploy, actually devised by the CIA to counter communist guerrillas in Latin America has spelt doom for the down-trodden where it was first put into action; it will no doubt spell doom for Adivasis in Kerala.
Indeed, the war against this extremely marginalized group which has suffered nothing but injustice from both the state and civil society in Kerala continues in the guise of precautionary moves against Maoists, and we in mainstream Malayali society still remain mute spectators.
(Jaison Cooper is a social activist from Kerala. He is a member of the newly-formed forum for left politics, Democratic Frontier)
Posted by nickglais on 11/20/2013 04:00:00 AM