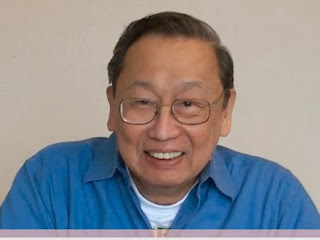 The People's Cry for Justice

CASE: National Democratic Movement of the Philippines
versus
Those Responsible for the Unnatural Disaster Related to Supertyphoon Haiyan

The bewildering winds howled from afar,
Then came suddenly screaming into the ears
Of the people as rooftops flew like hats
And walls tumbled down like cards.

The teeming huts of the poor toilers crumbled
So did the few houses of the middle class.

The winds showed no respect to the churches
And shook the solitary mansions of the powerful.

The flying and falling parts of every structure
Killed and injured people in great numbers.

The sea rose like a mountain close to the shore
And surged to engulf the people and shambles.

It swept and carried them away as flotsam
Killing more people than did the monstrous winds.

As if death by drowning were not enough,
The loss of food stocks and the plenitude of dirty brine
Caused maddening death by hunger and thirst
As the crucial days passed without rescue and relief
From the high bureaucrats who had promised these
Before the super typhoon and storm surge.

The highest and most corrupt of the bureaucrats
Had boasted that planes, ships and relief goods
Were ready to come to the aid of the people in distress.

But none came for a long while as hunger, thirst, illness
And death stalked 15 million people in 32 provinces.

As people cried for loved ones lost amidst the wreckage
And the stench of the dead, he depicted the victims as looters
To obscure his crime of having vetoed public funds
For pre-disaster preparations and for having pocketed
Every year the calamity fund in billions of pesos.

We accuse the rulers of corruption and incompetence,
Of conniving with the military and NGO racketeers
In the diversion of public funds to their private accounts,
Making the people suffer natural and social calamities.

We demand the end of the wanton destruction of lives
Of the fishermen, peasants, workers and other poor.

We demand that justice be rendered in their favor.

We demand the end of the cruel and corrupt regime
And thus let the people prevail and take a step forward
In freeing themselves from exploiters and oppressors.

Long before Haiyan, the vulnerability of the people
To natural disasters has been predetermined
By the imperialists, the big compradors, landlords
And by the corrupt bureaucrats who chain the toilers
To the system of exploitation and unrelenting poverty
Consigning them to expanses of frail homes
Of nipa and bamboo or discarded pieces of wood,
Easily destroyed by the typhoons and floods.

It is the edifices of the wealthy and powerful
That have withstood the onlaughts of Yolanda.
We accuse the rulers and their foreign masters
Of subjecting the Filipino toilers to the violence
In the daily grind of exploitation and oppression
And in the cycles of social crisis and natural disaster.

We demand the end of the system of exploitation,
That condemns the people to lives of want and misery,
Without adequate food and shelter from the storms.

We demand that the broad masses of the people enjoy
The blessings of national and social liberation,
All-round development, social justice and peace.

Long before Haiyan, the imperialists and their puppets
Have ravaged and plundered the environment.
They have used open pit mining and excessive chemicals
To extract the natural riches of the Philippines.

They have poisoned the atmosphere with carbon emissions,
Caused global warming and warmed the Pacific  Ocean
To make the typhoons more often and more devastating.
There are  indications  that weather warfare is a foot
With microwave pulses being manipulated to stir up
A super typhoon as ferocious as Yolanda.

It is outrageous that the puppets in the Philippines welcome
The invading military forces of the US and its allies
Under the pretext of humanitarian assistance
And accept more debts from the imperialist banks
For the further benefit of the wealthy and powerful
We must rise up to fight the foreign superprofiteers
And the puppets shameless in treason and national betrayal.

The toiling masses have lost thousands of lives
And millions of them their homes and means of livelihood.
They expect nothing from their oppressors and exploiters
But worse oppression and exploitation after every disaster.
The people can best fight for their lives and rights
And have  thus rescued and lifted themselves up.

Still they need the help of compatriots at home and abroad
And the solidarity and support of the people of the world
To accelerate relief, rehabilitation and reconstruction
And to prevent the exploiters from further ruining them.

We appeal to the people of the world to help the Filipino people
Through the people's organizations and not the corrupt regime.
Like the imperialists, the corrupt bureaucrats and military officers
Are vultures hovering and gloating over the dead and suffering.

They are ever poised to feast on public funds and foreign aid
That they deem as off-budget account subject to their greed.

We are confident that the people of the world stand in solidarity
With the Filipino people not only against one unnatural disaster
But against all the disasters unleashed by the imperialists and puppets
And for the common purpose of creating a new and better world.