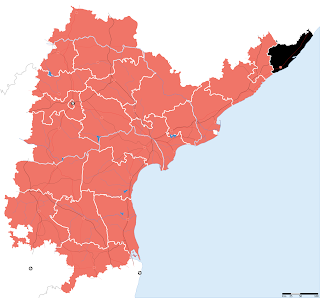 Comrade Ramalingachari was a veteran leader of the Srikakulam  Girijan peasant movement and expired on November 24th,2003.

On November 24th 2013, we commemorate his 10th death anniversary.

His life reminded you of someone traversing the steepest of cliffs or the densest of forests.

From start to end his life illuminated the spirit of Marxism-Leninsm-Mao Tse Tung Thought. (or Maoism now)

One important aspect in Comrade Ramlingachari’s writings were his defence of the erstwhile C.P.I. (M.L.) Peoples War Group's squad actions or armed resistance  from a critical angle .

One must throw light on the work of the Srikakulam Girijan Sangh re-organized in 1988 which although  a small force  still launched some important struggles.

It critically published leaflets on the subject of armed squad actions of the erstwhile C.P.I.(M.L.peoples War Group with relation to mass movement. It also launched an agitation  save regulation 70, a law which protected the rights of the Girijan tribal community.

Com.Ramalingachari persistenly defended the erstwhile C.P.I. (M.L.) Peoples War group as a genuine revolutionary force unlike many leaders from other factions within the Marxist Leninist camp.

This leaflet is of importance in light of wrong trends in the Communist Revolutionary camp,both of the ‘right ‘and the ‘left ‘variety and on the correct approach to Leninist party building.

Inspite of the most immortal sacricifes and huge building of armed struggle the C.P.I .(Maoist) has not yet developed fully a massline or correct approach to the building of the proletarian party .

It also depicts the contribution of the C.P.R.C.I.(M.L.) in theory and practice however limited the area of work.

Overall this section  staunchly defends the resistance of the C.P.I.(Maoist) today, but from a critical angle.

Ramalingachari's life is an ideal example of a comrade irrespective of the situation, he stood against the tide.

This valiant son of the soil was born in Vizzianagaram on December 21st 1929.

Started working as a full-time cadre of he Communist Party since 1952. When working for the Communist Party of India he played a major role in party building in Bobbili taluka.and later made an important contribution in building communist revolutionary practice  and forces in Bhadragir agency.

He even organized the teachers front in support and for 10 years from 1958-68 carried out leadership responsibilities. During his tenure with the C.P.I . and C.P.M., he played a great role in the inner-party struggle against revisionism.

His work enabled the Srikakulam peasant movement to raise to the level of confronting even the attacks of the state machinery, with an agrarian revolutionary practice or perspective.

Initially he worked for party building in Bobili Taluka. Played an important role in the development of the Communist revolutionary organizational forces and political practices till 1968.

He stood like a rock against revisionism. Became a state committee member of he Andhra Pradesh Co-ordination Committee of Communist Revolutionaries. Made great efforts in developing the Srikakulam movement to a higher level.

After the A.P.C.C.C.R was expelled from the A.I.C.C.R he discharged responsibilities from the A.P.C.C.R and went on to work in Kondamodalu in of East Godavri district.

He gave a statement I the Hyderabad Additional Sessions court in December 1971.This reflected the conditions of the Girijans, an expose the ruling classes. He wrote a famous document titled; Leadership’s criticism regarding the resolution of the regional committee in 1970-1972,a document useful till today. In the time of emergency he went underground.

From 1977 due to the inner differences within the U.C.C.R I he left the organization .However he continued his tenacious work from 1978-1987 leading the Andhra Pradesh Communist Revolutionaries Organising Committee (A.P.C.R.O.C.).


Like a soldier he fought against right and left deviations, resembling a mountaineer encountering the steepest of cliffs or a captain steering a ship in the worst of storms./He brought out literature like ‘Naxalism does not mean individual annihilation.

It is not Marxism to oppose Naxalism in the name of Individual Annihilation, ’Problems of unification and organizational tasks being faced by Communist Revolutionaries etc.

In 1988 his group joined the Centre of Communist Revolutionaries of India .He now became a member of the Central Committee.

In 1995 he continued serving the movement as an associate member of he Central Committee of the newly formed Communist Party Re-Organization Centre of India(Marxist Leninist) or C.P.R.C.I.(M.L).

Till the end of his life he strove to promote the political-organizational development of those all-India organisations.He never reflected sectarian organizational thinking and devoted his optimum energy in the task of re-organizing the proletarian party.

Until the end of his life he strived to consolidate the erstwhile Srikakulam Movement. He did is utmost to help the political-organizational development of these all-India Organizations with his experiences and views formed from the course of revolutionary practice.

The conditions where the Communist Revolutionaries were segregated as separate Organizations ,whatever be the leadership under which the people rallied in struggle on their economic, social and political problems.

He responded to those struggling people with an ardent sense of revolutionary responsibility, by giving necessary suggestions and taking prompt steps.

He consistently waged a battle against wrong trends. Till his last breath he helped the inner organizational forces as well as forces outside the organisation to establish the correct communist revolutionary practice of moulding people into a revolutionary political force that could repulse he attacks of he state machinery and the ruling classes.

He made serious efforts to sustain the seeds in the regions of erstwhile Srikakulam  movement and strived to rebuild the movement. In the conditions where the Communist Revolutionary forces are segregated as separate organizations ,whatever be the leadership under which the people rallied in struggle on their economic, social and political problems.

Comrade Ramalingachari responded with an ardent sense of revolutionary responsibility, by giving necessary suggestions and steps. He made the necessary political efforts to analyse those people’s problems in the light of the revolutionary mass line and help those struggling masses to advance into revolutionary practice in such a way that they could repel the ruling classes exploitation and atrocities and confront he state machinery.

When critically pointing out the weaknesses and defects he simaltaineously motivated and mobilized those organization forces into action to build solidarity to those Struggles.

He wrote a booklet titled, “Political Situation of Vizianagaram –Srikakulam Districts and he Necessity of the Communist Revolutionary Political Force,’,the magazine Diksuchi and various other leaflets.

He exhibited the heart of a poet or musician combined with the meticulousness of a professor writing a thesis or a surgeon performing an operation.

Till he end of his life he was confident of the growing potential for renewal and unification of he India Communist Revolutionary Movement through better grasp of Marxism-Leninism and Mao Tse Tung Thought.

Irrespective of the ebb and flow of the revolutionary movement in any part of the country ,he always banked on the inexhaustible revolutionary urge and talent of the oppressed masses of Indian people.

He had a solid political orientation of pursuing the mass line with its revolutionary content. In every move he emphasized grasping the role of the state and the role of revolutionary practice of the concerned masses of people.

He strove against right and left deviations and expressed his deep anxiety that the communist revolutionary practice that is so necessary for making the people conscious and moulding them into a revolutionary political force that can thwart the ruling class attacks and combat the mighty state machinery in the course of building revolutionary struggles is lagging behind.

Till his last breadth he strived for inner-organizational forces as well as forces outside his organization to work towards that end.

Memorial message from the Central Commitee , C.P.R.C.I.(M.L.)-This message was read 10 years ago in the memorial meeting on December 14th,2003.

Towards the end of his life,Com Ramalingachari’s ill health took its toll on him and still he would not dampen his intense revolutionary concern and ideological-political effort .

Till his last breadth he promoted Bolshevik orientation and conduct among revolutionary forces and against opportunist developments and influences.

His trademark quality was his singleness of purpose and solidity of conviction.

Ramalingachari always maintained that the C.P.R.C.I.(M.L.) was the most consistent flag-bearer of the correct trend in the revolutionary camp in India.

He possessed the solid political orientation of pursuing the mass line with it’s revolutionary content.

At every step of building a mass revolutionary movement ,he would emphasize 2 aspects:

The role of the State and the role of revolutionary practice of the concerned masses of the people.

Thus he sharpened the features of the mass-line orientation of the party organization of the C.P.R.C.I.(M.L.)

He is no more with us but we bow the red flag as a mark of respect to his immortal service to the revolutionary cause and lasting memory.
Posted by nickglais on 11/24/2013 07:34:00 AM