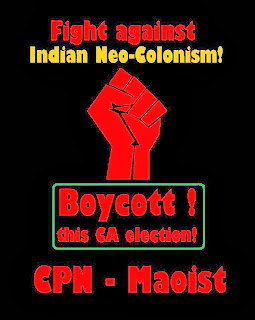 KATHMANDU: An opposition-called general strike against next week's general elections shut down schools, markets and industries across Nepal on Monday.
Protesters attacked vehicles that defied the strike call and torched at least half dozen buses and trucks, police spokesman Ganesh Chetri said.


Police had arrested 51 protesters and the alliance of 33 opposition parties called the strike in an attempt to disrupt the November 19 elections and plan a complete transport strike until the poll day.
In the capital, police officers in riot gear guarded the main intersections while armed soldiers patrolled the highways.


Private businesses were closed and shops shuttered, while the government workers were forced to walk to their jobs. 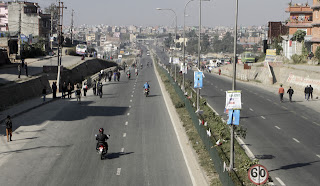 The nation's only international airport in Katmandu was functioning normally, but passengers were forced to walk to the airport with their luggage.


Nepal's 12 million voters are scheduled to vote on November 19 to elect members of the Constituent Assembly who would write a new constitution for Nepal.


The Constituent Assembly was first elected in 2008 after pro-democracy protests which had forced King Gyanendra to give up authoritarian rule and restore democracy.


Nepal became a republic, and its centuries-old monarchy was abolished. 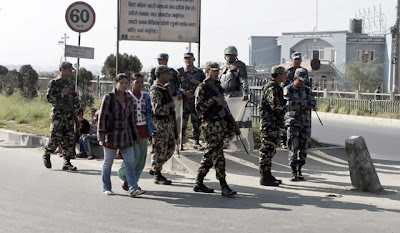 The assembly was unable to write a constitution due to power struggles and differences among the political parties.


It was finally agreed earlier this year that a government led by the Supreme Court chief judge would hold the elections.


The opposition parties behind the strike protest the current government; they want a new government formed and only then for elections to be held.


The government has said anyone attempting to disrupt the elections would be jailed and property damaged by any protesters would be compensated.


Police also said they have defused some improvised explosive devices.

For more background to the Strike read Peter Tobin here: