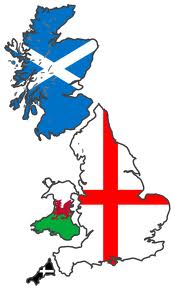 The vast majority of this land is held by three classes of people, Aristocrats, Baronets and the Landed Gentry. Between them, these three groups packed parliament for three centuries and provided the officers of the army, the navy and later the air force. They also provided the Bishops and Clergy of the Church and the judges of the Courts, whilst at the same time, keeping everyone else out of the power structure.

Loyalty to ones land and community is always used by governments and monarchs to motivate people to take up arms and die for their country. They call it patriotism. Yet the vast majority of Britons who died in the two world wars of the 20th Century owned not a square inch of their country’s soil.

Two Governments, Liberal in 1918 and Labour in 1945 promised in their manifestos to re-distribute the land to all the people of the country, not just a privileged few. The people were betrayed as they have so often been by the inner elite who maintain their influence at the heart of government no matter what the agenda of the party elected at the ballot box.

The biggest land owners in our country are the Forestry Commission and the Ministry of Defence. Most of the land they own is scrubland, with no agricultural or developmental value.

The Church of England is a very large land owner. The exact amount of land is not disclosed. They have used presentational deceit over many years to conceal the land owned. The estimated wealth of the Church is £4.3 Billion.

The Crown Estate is the private property of the monarchy. In 1760, George III reached an agreement with the Government over the Crown Estate. The Crown lands would be managed by the Government. The revenue would go to the treasury and in return the Monarch would receive a fixed annual payment which we call the Civil list. The Queen receives £8,000,000 from the civil list annually. In addition to the Civil list, the Monarchy receives travel and property £22.6 Million, security £100,000,000 plus the costs of local councils for royal visits. When George III reached agreement with the Government in 1760 over the Crown estate, he maintained two large areas of land in the Crown Estate. One is the Duchy of Lancaster; this is the personal inherited property of the Monarch since 1399. It is forty six thousand acres and valued at £348,000,000. Profit for 2010 was £14,000,000.

Dartmoor prison lies in the Duchy of Cornwall and the ministry of Justice pays an annual rent of £750,000 to the Prince of Wales for this. This is Tax Payers’ money.

The express purpose of both the Duchies is to provide income for the Monarch and the heir to the throne. As soon as Charles becomes Monarch, the Duchy of Cornwall automatically goes to his son William. Both Duchies are tax exempt.

Also part of the Crown Estate is the Marine Estate: the 24,000,000 acres which lie under water between the low tide mark and the twelve mile territorial limit. They are currently producing £26,000,000 in revenue from various licences granted for dredging, mining and off shore wind farms. The Marine estate also includes the foreshore which comprises of 320,000 acres.

The tiny group of land owners are recipients of £4 Billion in revenue support for their acres tax free. We the home owners of today own a miniscule amount of the country and we pay the bulk of the taxes. But the most invidious part of it is that a portion of our taxes go to those who own most of the country and who do so tax free.

Sir Reginald Sheffield, who is the father in law of David Cameron, the British Prime Minister, is worth £20,000,000. He owns vast areas of land in Yorkshire.

That's over £1,000 a day. The Turbines have a life of 25 years. He could collect as much as £4.4 million in that time. Wind Turbines produce renewable energy. Renewable energy subsidised by every household via their electricity bills adding an estimated £13.95 a year to the average household power bill.

Just like the people of the Cynon Valley, millions of people in our country have had benefit cuts, wage cuts, job losses and home repossessions forced upon them; all in the name of financial incompetence by bankers and politicians.

David Cameron, the British Prime Minister insists on telling us 'we're all in this together.' Yet there is not a penny being taken off the Civil List and the tax exemptions for wealthy land owners are still in place. Why is this man talking like this?

There are twenty nine cabinet members in the government; twenty three of them are millionaires. There is no doubt that these ministers are far more in tune with the people I have described above than they are with us. We are living on two different planets.