for MCI's debate - PCF.- Development, current status and prospects of Maoist theory and practice in the Philippines 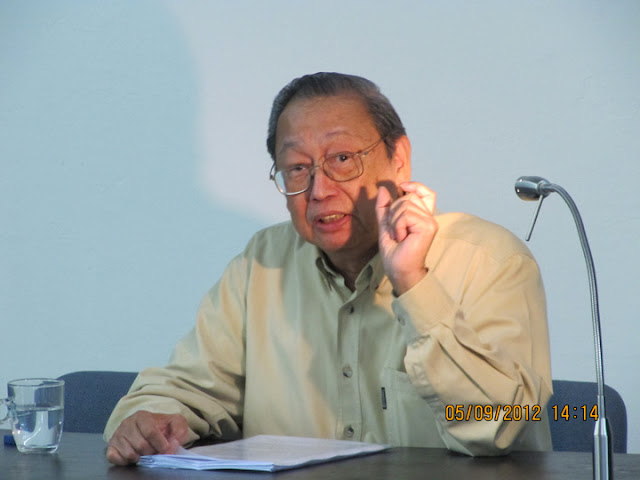 The Communist Party of the Philippine stands by its definition of Mao Zedong Thought or Maoism as the third stage in the development of the theory and practice of the revolutionary proletariat towards the ultimate goal of communism. The ongoing stage of Maoism proceeds from the previous stages of Marxism and Leninism, respecting and upholding the theoretical and practical achievements of each stage, extending and developing them further and making new achievements.

Maoism encompasses the major contributions of Mao to further develop such basic components of Marxism as philosophy, political economy, and social science as first laid down by Marx and Engels in the period of free competition capitalism and the rise of the modern industrial proletariat in the 19th century. Maoism also encompasses Mao´s major contributions to further develop Lenin´s earlier theoretical and practical achievements in developing the aforesaid components, and to carry forward the great victory of Lenin and Stalin in socialist revolution and construction in the era of modern imperialism and proletarian revolution.

In social science, Mao followed the teachings of Marxism and Leninism that class analysis is applied on a class society, that class struggle is the key to social progress, and that class struggle in bourgeois society must lead to the class dictatorship of the proletariat over the bourgeoisie in the attainment of socialism. Mao´s class analysis of the semicolonial and semifeudal society enabled the Chinese Communist Party to win the people's democratic revolution with the correct program and strategy and tactics, and proceed to the socialist revolution.

Mao stressed the necessity and importance of working class leadership through the Party and the basic alliance of the working class and peasantry in the new democratic revolution. He posited that the semicolonial and semifeudal society is in chronic crisis, and that the huge peasant population in the countryside serves as the basis for the strategic line of protracted people's war and establishment of the revolutionary organs of political power even while the reactionary state still sits in the urban areas.

Mindful of the way modern revisionism arose in the cultural sphere and then the political sphere in the superstructure in the Soviet Union, Mao put forward the theory and practice of continuing revolution under the dictatorship of the proletariat through the Great Proletarian Cultural Revolution from 1966 to 1976. This involves a process of revolutionizing the relations of production and the superstructure through a mass movement led by the proletariat and its party.

For More on Mao Zedong Thought and Marxism Leninism Maoism
See also Article by N. Sanmugathasan  on Mao and comments
http://democracyandclasstruggle.blogspot.co.uk/2012/04/some-thoughts-on-maos-philosophy-by.html
Posted by nickglais on 11/15/2012 02:20:00 AM