November 7th - Celebrating the 95th Anniversary of Bolshevik Revolution "Standing on the shoulders of giants" means that we can -- or ought to be able to -- see farther than they could. 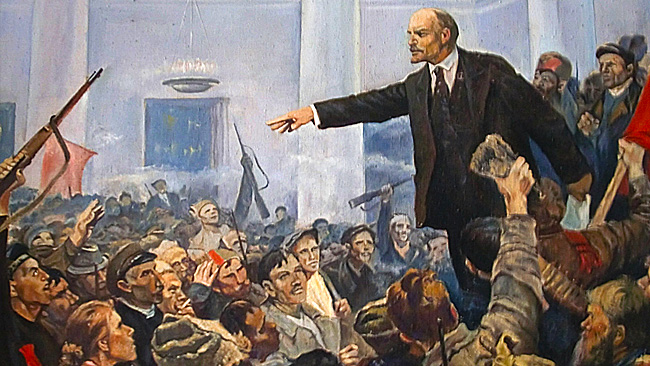 Democracy and Class Struggle has received this communication from a friend on the 95th Anniversary of the Bolshevik Revolution on November 7th and is pleased to publish it.

Today, November 7, 2012, is the 95th anniversary of the Bolshevik Revolution.

We should all celebrate it. Today the working class seized state power, and kept it -- for decades.

Here is a link to the New York Times' article about the Bolshevik seizure of power of November 7, 1917:

The Bolsheviks set up again the Communist International, or Comintern.

The Comintern became the greatest force for liberation in the history of the world. It led the fight for freedom from imperialism and colonialism all over the world.

Where it did not lead this fight, it inspired and aided those who did.

Workers and employees throughout the world got social welfare benefits

* because their own struggles were inspired by the successes of the Bolsheviks in taking and holding state power,

* and also because capitalists around the world yielded reforms to try to keep workers from leading revolutions and overthrowing the profit system altogether!

The Comintern led the world in fighting racism and sexism. It inspired the greatest works of 20th century art. It opposed religious obscurantism.

The Communist movement led the fight against fascism everywhere. Fascism -- the ideology of capitalism in crisis -- killed tens or hundreds of millions, but in the last analysis was no match for the communist movement.

For tens of millions of working people, intellectuals, students, and others, the title "communist" became the proudest badge of honor.

No movement in world history is so rich with lessons, both positive and negative, for the working people of the world to study and learn from, in order to do it better next time.

The Comintern and world communist movement ultimately turned into their opposites. They reverted to capitalism. This happened because of internal weaknesses, contradictions, and errors.

It also happened because the Bolsheviks were the first! Many of the mistakes they made, they made because they were "blazing the trial", trying to build communism when it had never been done before.

Major errors were inevitable. We can, must, and will learn from them.

Ever since 1917 the capitalists have promoted a huge flood of lies about the communist movement, particularly against Joseph Stalin, who led the Bolshevik Party from the late 1920s until his death in 1953.

Leon Trotsky invented many of these falsehoods. In fact, little that Trotsky wrote during the 1930s about the USSR was true. Most of it was conscious falsehoods -- Trotsky knew he was lying. This was convenient for him, and also for the capitalists.

We need to be "critically critical". It is a huge error to simply "believe" horror stories about the communist movement, Stalin, the Comintern, and the Bolshevik Party.

The Bolsheviks did the main thing RIGHT! They dared to seize power from the capitalists, and dared to fight hard and successfully to hold onto it.

We are, and should be, inspired by them. We "stand on the shoulders of giants", the Bolsheviks, who led the first successful working-class communist revolution 95 years ago today.

"Standing on the shoulders of giants" means that we can -- or ought to be able to -- see farther than they could.

That means learning from their errors, as well as from their successes. That's our task. 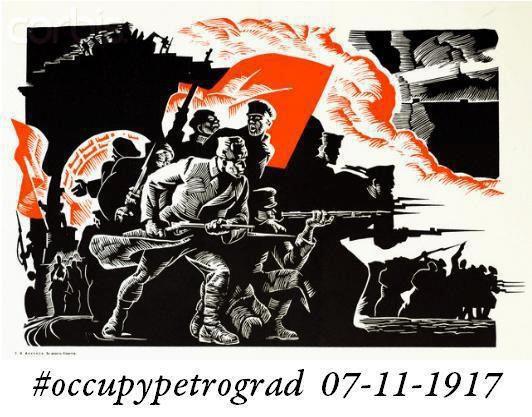