Remembering the Newport Uprisng 3rd/4th November 1839 - The names of the working people who gave their lives in the battle for democracy, who were shot dead outside the Westgate Hotel Newport, Wales 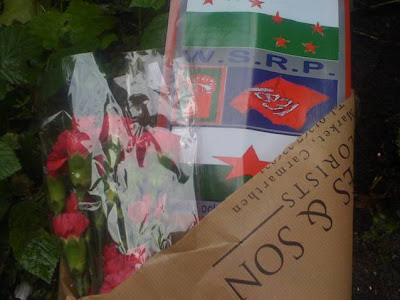 Police spy report on a Chartist meeting in Birmingham on 6th November 1839.

Mr Fussell opened the meeting by reading from the 'Sun' newspaper an account of the Riots in Wales, after he had read the paper, he said he was very glad to see the People of Wales was stirring and by this time the people of Newport had declared their independence, and that he hoped in a short time they would be prepared to proclaim themselves a Republic, he said a Man would be deputed to go to Wales and learn the particulars and that we do hold a public meeting on the day he returns, and that it should be such a meeting that had never been held in the Town.

That they should petition the Queen to give them universal suffrage or they would take it by force. Many said we will have it or die for it.