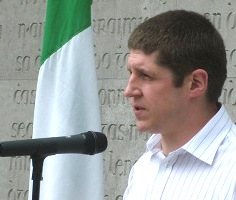 “Brian’s arrest and detention,” he claimed, “was a cynical exercise by the gardaí designed to foster a climate of black propaganda and misinformation within sections of the media directed against Brian and against our party in general.”