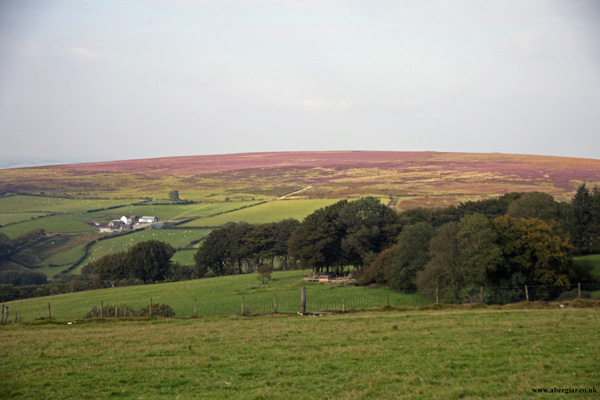 Democracy and Class Struggle congratulates the people of Llanllwni for showing the Spirit of Rebecca is alive and well in Carmarthenshire.

It is important that other communities in Wales start uniting to defeat this Corporate Capitalist Wind Mill Scam which has not only demonstrated the strength of the people, but also exposed the fake nationalist Tan 8 supporters of Plaid Cymru and a Left in Wales that has been obsequious before the Greenwashing propaganda from the Corporates.

Of course we must not be complacent has a result of this victory has 70 Windmill Turbines are planned for the Brechfa Forest and thousands more throughout Wales, but the message is clear if you unite and struggle you can win.

The Corporate Capitalist Windmill Scam in Wales has raised the hidden question of the ownership and use of Welsh Land and we at Democracy and Class Struggle support the Cymrwch y Tir yn Ol Campaign for a Welsh Land Act - Sign petition here :


Plans for a 21-turbine wind farm in Carmarthenshire have been rejected despite falling in an area outlined for wind energy projects.

It would have been in one of seven areas of mid and south Wales chosen in 2005 by the Welsh government for such schemes, called Tan 8 policy.

A cheer went up from the public gallery as councillors rejected the plan.

Planning officials had recommended the proposals be refused at the meeting on Tuesday.

Members of the planning committee made a visit to the site, known as Bryn Llywelyn, at Llanllwni, Carmarthenshire, ahead of making their decision.

The proposals were for the 21 turbines to be sited over around 3,450 acres (1,397 hectares) of crown-owned common land mainly used for sheep grazing about nine miles (15km) north east of Carmarthen.

The council received a total of 370 letters of objection, a petition containing 237 signatures as well as objections from a range of community, heritage and environmental groups, including the Campaign for the Protection of Rural Wales.

Carmarthen East and Dinefwr AM Rhodri Glyn Thomas raised concerns after receiving 10 letters of objection while and Mid and West Wales AM Nick Bourne said more wind turbines would "desecrate" the landscape.

Dyfed-Powys Police objected on grounds that it could lead to an increase in crime and disorder.

The report noted: "Previous experience suggests this could be from the labour force moving in or from direct action by protesters of the wind farm."

However, it said police concerns could be mitigated with measures including the developer contributing to the cost of policing.

The council received three letters in support of the plans, which said the turbines would bring jobs, contribute towards carbon reduction, generate funds for the local economy through a community benefit fund and were a "sufficient distance" from homes.

Officials recommended the scheme was turned down as its scale, siting and prominence would "result in demonstrable harm to the landscape character, visual, ecological and historical qualities" of the area.

They also said the likely energy generated by the turbines would "not outweigh the significant adverse effects on local environmental quality".

Tan 8, or Technical Advice Note 8, established seven strategic areas thought to be suitable as sites for developing wind energy on a large scale.

HERE IS THE CREATIVITY OF THE PEOPLE OF LLANLLWNI  IN SONG

You pose the question falsely just like all Green Corporate apologists it is not a technical problem but a social problem that cannot be solved by Green Market economy see my article here :http://democracyandclasstruggle.blogspot.co.uk/2012/08/real-green-solution-to-climate-change.html

It also seems to have escaped you that the people of Llanllwni should not have a wind farm imposed on them via crown lands - a residue of feudalism that still insults democracy in these islands.

Blindness to democracy and apology for Corporate scamming go hand in hand but when it comes from the so called Left in Wales tradegy becomes farce.