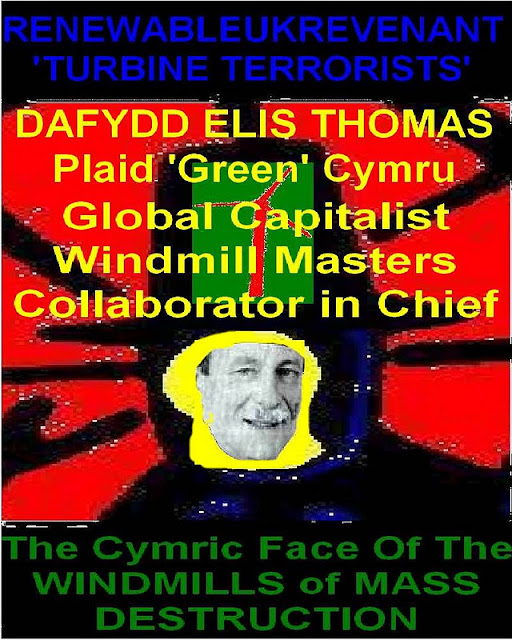 The threat by the late Plaid Cymru president Gwynfor Evans to go on hunger strike, which led to the foundation of S4C Welsh Language Television Channel, has been described as immoral by Lord Dafydd Elis Thomas reports the BBC..

Gwynfor Evans was the most moral man we have known and Lord Dafydd Elis Thomas the most !!!!

Responsibility for the current Industrial Scale Windmilling of Wales which is destroying the Welsh Countryside and sacred Welsh Battle sites like Stryveland is with Lord Dafydd Elis Thomas and his ermine ilk.

While the bones of dead Welsh resistance fighters against the Anglo Normans are being churned by digging machines placing Windmill Turbine Towers in an historic Welsh battlefield and graveyard of Stryveland, Dafydd Elis Thomas wants to preach morality to us !

Statement from the Great Unrest Group 2012 for a
Welsh Socialist Republican Party.