We salute the courage and tenacity of the defenders of the ZAD who resist the occupation forces and government orders of Holland / Ayrault despite obvious attempt of extreme violence by the police who want to expel those opposed to 2000 hectares of groves of Brittany to be delivered to the multinational VINCI.

We emphasize the dangers posed to the airport opponents at Notre Dame des Landes by who ordered the police to destroy houses and huts, they fire rubber bullets to create tension, wound people from pieces of flash grenades thrown at the demonstrators.A comrade wounded by a grenade .

We welcome the presence of Peasant Farmers alongside historical occupants of the ZAD. We believe that their presence and support from Chateaubriant, Vannes, Nantes, Rennes, Redon shows popular support for the protests.

We urge our members and supporters to participate in all initiatives  in the coming days.

We hope that the trade unions and political associations translate their support to the occupiers of the ZAD into concrete actions on the ground, it will be possible November 17 at the press event réoccupation.Cf ZAD

As today we will be there. And you?

We stand in solidarity with our Celtic brothers and sisters in Brittany as they fight to resist the Land Grab of multinational company VINCI. CYMRWCH Y TIR YN ÔL...TAKE BACK THE LAND!


The Great Unrest Group 2012 for a Welsh Socialist Republican Party expresses it solidarity to comrades in struggle against Land Grabbing in Brittany - your struggle is our struggle.


PHOTOGRAPHS OF INJURIES SUSTAINED BY DEMONSTRATORS FROM POLICE FLASH GRENADES 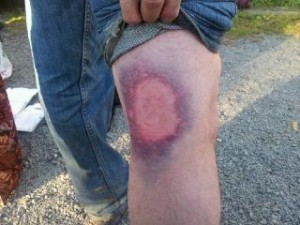 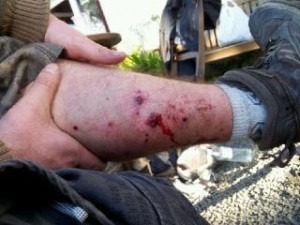 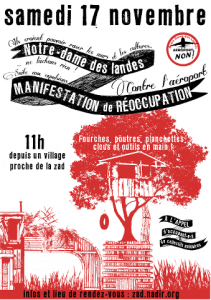