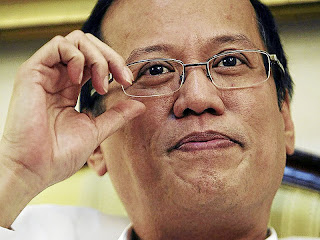 The Aquino regime "has been actively blocking peace negotiations from Day 1 of its term," said the CPP. "Aquino himself gave the Armed Forces of the Philippines (AFP) marching orders to 'decimate the NPA' in three years, to dramatize his regime's militarist approach in resolving the raging armed conflict," pointed out the CPP.

"This has set the framework of the Aquino regime's Oplan Bayanihan under which the AFP has been intensifying its war of suppression especially in the countryside and causing grave abuses of human rights and widespread terror."

“In his very first address before the reactionary congress, Aquino insisted that the revolutionary forces enter a ceasefire as precondition for peace negotiations, claiming that without it, discussions cannot move forward. Aquino obscures the fact that no ceasefire preceded negotiations on every major agreement forged between the NDFP and the GPH over the past twenty years.”

"Still, as a gesture of goodwill, and in order to celebrate the mutual reaffirmation of peace negotiations, the NDFP declared a unilateral 19-day ceasefire towards the end of 2010, the longest-ever ceasefire since 1986, together with a similar unilateral declaration by the GPH," said the CPP. "The revolutionary forces welcomed the reaffirmation of previous agreements such as The Hague Joint Declaration of 1992, the Comprehensive Agreement on Respect for Human Rights and International Humanitarian Law (CARHRIHL) and the Joint Agreement on Safety and Immunity Guarantees (JASIG)."

"However, on December 17, 2010, within that ceasefire period, the armed forces of the GPH would arrest Pedro Codaste, a consultant of the NDFP in Mindanao, in violation not only of the ceasefire, but of the JASIG as well which was supposed to cover Codaste," pointed out the CPP.

"Codaste's arrest would prove to be just the first in the string of arrests that the GPH would carry out against JASIG-covered consultants of the NDFP engaged in peace negotiations," said the CPP. "Two weeks later, the GPH would arrest NDF consultant Tirso Alcantara (Ka Bart) in Quezon province, just a few days before the resumption of formal peace negotiations. Just over a month later, the GPH would arrest Alan Jazmines, a key NDFP consultant for socio-economic concerns. Jazmines' arrest on Feb. 14 was suspiciously timed on the very eve of the resumption of formal talks."

"Over the next two years, Aquino's armed forces would carry out the arrest and detention of several other NDFP consultants including Renante Gamara and Jaime Soledad, and adamantly refuse to release at least a dozen other consultants including Eduardo Serrano and Eduardo Sarmiento," added the CPP. "The GPH has subjected the NDFP consultants to grave abuses of their rights, including the isolation and denial of third-party medical treatment for Alcantara, and the confiscation of reading and writing materials from Jazmines."

"Aquino, as head of the GPH, has also refused to face responsibility for the abduction and disappearance under the Arroyo regime of NDFP consultants Leo Velasco, Pedro Calubid, Rogelio Calubad, their staff and relatives," added the CPP.

"It is becoming very apparent that the Aquino regime and its armed forces carried out the arrest and detention of JASIG-covered NDFP consultants as a means to hinder peace negotiations with the NDFP, knowing full well that negotiations cannot be formally resumed with the constant threat of abduction, arrest and detention of NDFP consultants," said the CPP.

"The Aquino regime is busier waging its Oplan Bayanihan war of suppression than in engaging in serious peace negotiations," said the CPP. "There is heightened militarization in the countryside characterized by martial law-style occupation of civilian communities, population control and food blockades. People accused of being active in armed resistance are being brutally murdered or massacred with their families."

"Activists are being harassed, arrested, tortured and detained. Children are subjected to situations that violate their rights. More than a hundred activists have been summarily executed by state armed forces and its paramilitary death squads. There are at least 400 political prisoners, more than a fourth of which have been arrested under the Aquino regime."

"Behind Aquino's 'peace and human rights' rhetoric, his record of human rights violatioins are not much different from that of the Arroyo or previous regimes," said the CPP.

"Thus, Aquino's pessimism about the prospects of NDFP-GPH talks is just a self-fulfilling prophecy. In the first place, he has no serious intentions of engaging in profound dialogue to address the roots of the armed conflict," added the CPP. "To Aquino and the AFP, peace negotiations are a minor track to confront the civil war and are relevant only if they effect the surrender of the revolutionary forces and the decommissioning of the people's army."

"Aquino's low regard for peace negotiations is explicit in his Oplan Bayanihan, to wit: 'the AFP's internal peace and security initiatives shall focus on rendering the NPA irrelevant, with the communist insurgency abandoning the armed struggle and ultimately engaging in peace negotiations with the government.'"
Posted by nickglais on 10/19/2012 04:18:00 AM