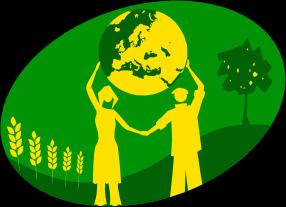 Press release from Via Campesina

(Brussels, 15 October 2012) In September 2012 all European Union governments with a seat on the United Nations Human Rights Council voted against a specific protection mechanism for the rights of peasants and other people working in rural areas.

In a single week, several new attacks, threats and assassinations of La Via Campesina representatives have cropped up. It is high time for the EU to recognize the specific vulnerability of peasants and other people working in rural areas as well as the growing aggression directed at them.

Everywhere in the world, men and women peasants and smallholder farmers who struggle to maintain their communities and hang onto their land find themselves the victims of repression and criminalization at the hand of ruling elites and economic interests.

Rafael Alegría, a Honduran peasant and member of the International Coordination Committee of La Via Campesina, was informed by the Honduran security minister that an attack on him was being organized. The seriousness of these threats is highlighted by the assassinations of Manuel Eduardo Díaz Mazariegos, the human rights public prosecutor, on 24 September 2012, and of Antonio Trejo, a lawyer defending several farming communities, on September 2012.

In Argentina, Miguel Galván, a member of Mocase-Via Campesina, was killed this week by a mercenary in the service of an agro-industrial company. This follows the assassination in late 2011 of Cristian Ferreyra, another member of Mocase-VC.

In Asia, Abdul Karim, a leader of the Bangladesh Peasants Federation who was occupying land, was also assassinated this week.

As the European Coordination of La Via Campesina (ECVC) we denounce these attacks on representatives of our movement.

European Union governments turn a blind eye to these realities and put economic interests before the respect of human rights.

In spite of the opposition by EU states, a majority of the states on the UN Human Rights Council did declare themselves in favour of drawing up an international declaration on the rights of peasants and other people working in rural areas. Therefore the process has been launched and the writing will occur in a working group open to all states.

In light of recent events confirming the need to protect the rights of peasants and other people working in rural areas, it is critical that EU states change their position and show a strong commitment to supporting the writing process in a constructive manner.

Any attempt to block or slow down the process can be seen as putting the lives of others at risk. We call on our governments to live up to their responsibilities and act in such a way that declarations of intent in favour of human rights be translated into concrete reality.

We also ask our governments to evaluate the impact of all European Union policies. The responsibility of EU governments is by no means insignificant when it comes to defining the agricultural, trade and energy policies that accelerate the race for land and resources in countries of the South.