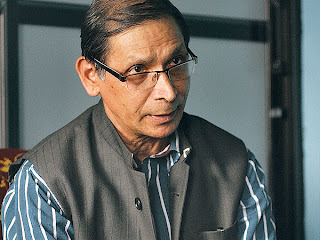 
Presenting a political report, vice chairman Baidya aka Kiran has proposed the name for the new party as CPN Revolutionary (Maoist ) among the convention.

His report includes analysis of national and international secenario, weaknesses of the party and future strategy among other. See Report in Nepalese below.

According to leader Pampha Bhusal, 21 groups of the leaders will discuss on the report presented by Baidya.

Standing Committee member Netra Bikram Chand ‘Biplav’ said all the parties should accept the proposals of the Maoists without condition since they were endorsed by the blood of thousands of people.

He further said the national cadres’ gathering will come up with answers to all the questions of the Nepali revolution and the problems of Nepali politics.


Secretary C P Gajurel said the gathering will come up with a draft on how to bring drastic change in the country.


More than 2000 people are attending the national convention.