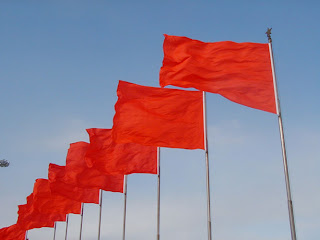 Now we have  a Revolutionary Party

Yes,  now we have a  new revolutionary party:  Communist Party of Nepal, Maoist. It was the real rupture with the revisionists of 21 first century.

The national gathering has named Prachanda –Baburam gang as the traitor of the Nepalese revolution.

They   are the  leading figures of   21st century revisionism. The gathering has declared  the UCPN (Maoist) led by Dahal as being a rightist and a neo-revisionist group. Now there will be no tag of Mao thought (Maoism/Mao thought) with Maoism. Marxism-Leninism- Maoism will be the guiding principal of the party.  The mass line will be People's  revolt.  There will be  the '4 preparation' and the step will be The protracted People's War.

The three day national gathering of UCPN( Maoist) revolutionary faction has been concluded. More than 3000 leaders and cadres participated the gathering  from   the 75 districts.

Comrade Mohan Baidya had endorsed  political document that proposes revolt  the Peoples War as its main political line. In the document, Baidya has declared that  Pushpa Kamal Dahal and  Baburam Bhattarai as the main obstacles  to the Nepalese revolution within the UCPN(Maoist). He has mentioned :  ''We should struggle against the rightist revisionists and capitalists, bureaucrats and compradors.” In the document, Baidya has stated that it was a mistake to follow 'Prachanda Path' and termed the Comprehensive Peace Agreement (CPA) a betrayal to the people, country and the revolution.

Similarly he has focused that : Chunbang meeting of the party, which adopted the line of democratic republic, took the party toward a rightist revisionist line. He has further stated in the document that the 12-point agreement signed in 2005 and which paved the way for the April movement of 2006, was a first attempt to abandon the Maoist revolution. This agreement rendered the party closer to the capitalist political parties and imperialists and expansionist forces.  Comrade Dev Gurung endorsed the new party´s statute. The national gathering also decided to hold its first general convention in February, The party has decided to go for a collective leadership system.

The gathering has declared Baidya as chairman of the new party, Ram Bahadur Thapa as general secretary, CP Gajurel as secretary and Netra Bikram Chand and Dev Gurung as  the members of Standing Committee.  There were 44 CC members from the 'UCPN-Maoist' . Now the number of central committee will be 75.   The first  CC meeting will decide the name of remaining  CC members . To day afternoon,  party has organized a press meeting  and   the official decision will be announced  there.

Real rupture with the rightist revisionists,  Marxism-Leninism and Maoism as the party's guiding principal, New democratic revolution: people's revolt in the  foundation  of the People's War, collective leadership are the main decisions done by the national gathering.

The Next Front will post the Nepalese/English version of the Document of Com Mohan baidhya 'Kiran' .

No matter we have done some ideological and political  decisions. It is the first step to move a head. But the main thing is its practical implementaion.

Let us march a head.