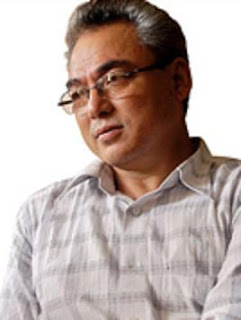 1. How will you analyse the latest development in the Nepalese political scenario?

After the dissolution of the Constitution Assembly CA plotted by the external power, there are many illusions about the movement, anarchy and eruption among the people. As the status-quo could not utilize CA for their interest, they wanted to dissolve it. Thus an unconstitutional step had been carried out which invited the confusion and political disorder in Nepal.
2. Very often, your red faction had said that pro- people constitution could not be given through CA. Is it justified?

From beginning of the CA election, there have been many conspiracies plotted by the reactionaries. At that time also, we said that pro-people constitution and peace process couldn’t be made through it. What we said has been proved. They wanted to derail the peace process and constitution drafting so they asked for integration of People’s Army as their pre-condition. After the process of integration they easily derailed the process which means new efforts have to be organized. They have underestimated the verdict of the people.
3. Do you meant to say the tactics of peace and constitution is wrong?

Through it, the party had wanted to go ahead, But it had been failed so new tactics is essential.
4. The proposal of Bhattarai Government to lengthen CA by three months hadn’t been accepted by the red faction, so it is said that your faction is more responsible in the dissolution of CA, What is your opinion?

There was enough time to declare new constitution resolving the disputes about some issues. We had played vital role to make it in time but alas, the disputes among reactionary’s parties including Prachanda faction had it unclear decision to go for another CA poll.
5 There were suitable position for revolution in the movement in identity based federalism. But the faction was behind the sentiments, How will clarify it?

Though we were the key role maker for the issues of identity based federal states and Madesh based movement we were not behind it. As the government seemed positive about the identity based states after three days Nepal Banda, the favorable situation had been wiped out.
6 Maoist Supremo Prachanda said that the line given by Baidya, has been his party line. Did he raid the line of red faction?

In which context he said it, is unclear. He has said it to make people mirage upon the red faction line. There was no any understanding in the party, no any national consensus among the major parties, they didn’t think right to announce in CA to dissolve it. They wanted to misguide the people and party cadre. So we oppose such a fake voice.
7 Your Unified Party is going to split, what is your reaction?

Although, Palungatar Plenum has ordered the leaders to be transformation, we are waiting them to be changed towards the mandate of Proletarian. They have gone against the proletarian mandate so we cannot wait for them so new party has to be formed for pro people democracy and communism. In the class war, new turning point has been developed, so we’ll fight in new way with revisionist, capitalist and reactionaries.
8 What will you say for oppressed people of the world and the revolutionaries?
We have moved with ups and downs, left and right so there are many confusions prevailing in the international arena. But we have run a long journey to make revisionist camp transform standing along with the red sprit. So, we are the sole revolutionary who has the power to transform New and better Nepal. We need your solidarity for our movement.
-Interviewed by Upesh Maharjan in Red Star
Posted by nickglais on 6/01/2012 10:54:00 AM