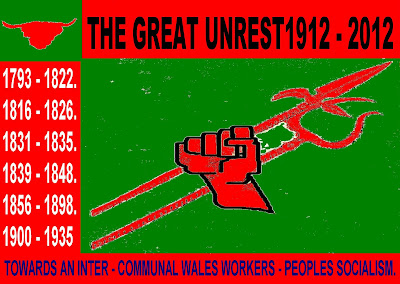 The Welsh Socialist Republicans believes the only class in Wales which is capable of leading Wales to the new democracy of autonomous self government in Wales is the working class.
That is true Welsh Independence !