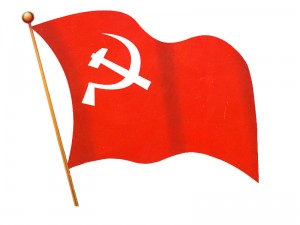 The national gathering of the state committee-level cadres of the Mohan Baidya faction of the UCPN (Maoist) started on Saturday.

Inaugurating the gathering in Bouddha, Baidya aka Comrade Kiran lambasted the party leadership saying that it proved to be a complete failure with the dissolution of the Constituent Assembly. He also said his group was "in the process of forming a new party".

Nearly 2000 cadres from around the country are participating in the gathering, which comes a day after the mass meeting organised by the party establishment in the capital.


A Revolutionary faction led by Senior Vice Chairman of the party, Comrade Mohan Baidhya 'Kiran' of UCPN (Maoist) organized National Convention to determine the further direction of the party, its struggle and goal.


As the party leader mainly Chairman Prachanda and Prime Minister Baburam Bhattarai has led the party into the revisionist line, the revolutionary faction have been disapproving on every way possible. 'The reason behind organizing this convention is the only ultimate option left' Comrade Gaurav mentioned, 'the revolution shall not be stopped'

Every cadre, people from the base, proletariat class, farmers, workers and progressive people is hopeful about this convention to bring revolution, a change which has been negotiated so far.