Democracy of the Mountains speech on the Mynydd y Gwair on 10th June 2012. Support the call for a new Welsh Land Act by Nickglais spokesperson of the Great Unrest Group 2012 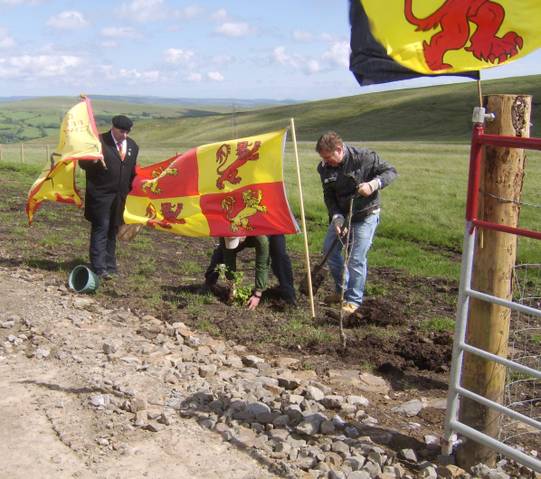 
The following is a speech delivered by Nickglais of the Great Unrest Group 2012 in support of a new Welsh Land Act on 10th June 2012 on Mynydd Gwair.

This speech was part of a weekend of action on 9th/10th on Mynydd Betws and Mynydd Gwair against Land Grabbing and Industrial scale Windmilling of Wales.


It is unacceptable that in 2012 that Land in Wales is owned by the English Crown and Aristocrats.

Today we have the Duke of Beaufort trying to impose a wind farm on the Mynydd y Gwair in Carmarthenshire against the wishes of the local Welsh People because of his historic title to the land based on robbery and conquest.

All Crown and Aristocratic Land in Wales should to be returned to the people of Wales for Welsh People to decide the use of their own Land.

We at the Great Unrest Group 2012 support the call for a new Welsh Land Act to achieve that aim.

A Welsh Land Act electronic petition to remove the Duke of Beaufort's lands and Crown Lands by compulsory purchase is now being organized throughout Wales.

Apart from the petition we at the Great Unrest Group 2012 support the call for Peoples Allotments on Aristocratic Estates and Crown Estates throughout Wales.

Wales has a history of democratic meetings on mountains that goes back several hundreds of years.Welsh people historically were driven into the mountains by the English Conquest of Wales - the mountains were our last defence for a Welsh fightback that has never ended.

The working class movement in Wales was born in secret meetings on Gwent Mountains these meetings gave birth to the Scotch Cattle Movement of the early 19th century - a movement that demanded social justice in early industrial Wales.

It was a movement of direct democracy of the mountains in line with Welsh tradition.

Today we see the democracy of the squares in urban areas in London, New York, Athens Cairo and the rejection of representative democracy for real democracy - direct democracy.

Today in 2012 we remember the Great Unrest in Wales in 1910-1912 when the authors of the Miners Next Step rejected elite representative democracy for the democracy of the workplace, industrial democracy.

Elite capitalist representative democracy will give way in the 21st century to the mass democracy of the working people.

Therefore we at The Great Unrest Group call on the Occupy movement in Wales to look beyond your urban horizons and join us in taking back the land from the Crown and Aristocratic Estates in Wales - sign the petition for a new Welsh Land Act - support the People's allotments campaign - Occupy the Land ! 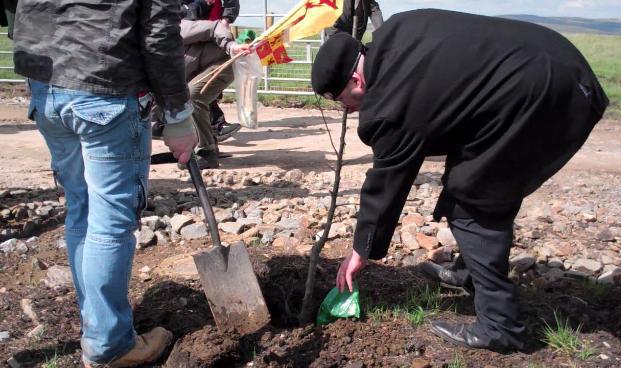