Solidarity Message from (n)PCI in Italy to KOE in Greece 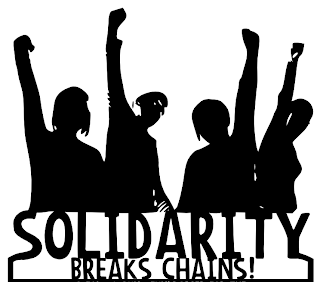 KOE Dear comrades, on behalf of the new Italian Communist Party (http://www.nuovopci.it, nuovopci@gmail.com) I congratulate you on the results KOE and Syriza got in the elections on Sunday 6 May and I wish you can use these results successfully to promote the struggle and the rebirth of the Greek popular masses.

As in other European countries but even more, in Greece the popular masses are suffering the consequences of the criminal manoeuvres and intricacies the institutions of the world imperialist system and the International Community of financiers and speculators and of the other great capitalists are carrying out in order to prolong the life of their system of social relations, despite the general crisis of capitalism for the absolute overproduction of capital, and in order to keep alive their system of international relations based on competition among countries, States and financial and industrial groups.

We Italian communists wish you will be able to use your electoral success to promote the establishment of an emergency government based on popular masses’ organization and struggles, able to mobilize the popular masses to carry out the necessary measures to relaunch the economic activity of your country on new bases, even if this violates financial system’s relations and rules imposed by the European Union and by its Central Bank, by the Monetary Fund and by the NATO.

We are sure that if you and the other communist parties and groups will open into it, you will have the active solidarity by communists and progressive forces of the other European countries and you will be able to defeat, in your country, the reactionary and fascist forces, both those openly sided with the European Union and its Central Bank, the Monetary Fund and the NATO, and those who play on the criminal activity of European Union and its Central Bank, of the Monetary Fund and of the NATO for promoting the reactionary mobilization of the popular masses.

A popular emergency government will mobilize in the reconstruction not only the popular masses born in Greece, but also the immigrants living in your country. If the Greek popular masses will be able to establish a government able to mobilize themselves in a common effort of reconstruction, they will meet no difficulties in mobilizing also the migrants for a work useful for themselves and for all the rest of the popular masses of the country and for building decent conditions of living. It is true for Greece what is today true for all imperialist countries; they are not the coming immigrants that create misery, mess and criminality in our countries.

On the contrary they are the backwardness, the putrefaction and the criminality of the social regime of the imperialist countries that do not make possible the integration in decent conditions of the immigrants and throw them on the fringe of society to foster misery, mess and criminality already raging. If you shall be able to start up such an enterprise in your country, you shall be a model also for the communists and the popular masses organized in other countries.

But in that case Greece will be much more than a model. As a matter of fact Greece will break the chain the imperialist bourgeoisie and the clergy try to impose to the popular masse of all the European countries. Thanks to its action the unity the imperialist bourgeoisie has tried to impose to its orders will break, the European Union will break into pieces and they will be the popular masses who will find sooner or later better forms of relations, cooperation and solidarity. We are working to take in the next future and in our country a way similar to that with this message we wish you to be able to take in your country.

The communist conception of the world is not a dogma, but a guide for action!

Comrade Ulisse, general secretary of the Central Committee of the new Italian Communist Party
Posted by nickglais on 5/11/2012 03:45:00 AM