It seems that, again, you have not heard what the Greek People said ! Press Statement of KOE 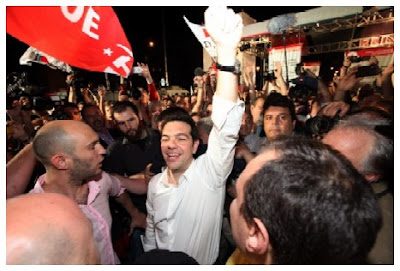 The bargaining discussions among the pro-troika political parties, aiming at the formation of an “ecumenical government” with the addition of the “Democratic Left”, constitute an attempt to reconstruct the pro-troika reactionary block and to save the trembling, rotten and guilty political system.

The Greek People demands a way out that excludes this political system, which either tolerated or imposed the colonial regime of the new occupation by the imperialists and the bankers. All these forces, which openly or covertly obey to the troika’s demands, can be sure that any attempt to counterfeit the People’s will, shall only further grow the popular rage, which will sweep away any pro-troika “government”. The forgery of the People’s will shall fail!