The Aquino administration is open to forging an alliance with the communists, the government’s chief negotiator, Alexander Padilla, said Tuesday. 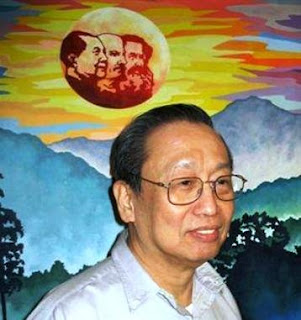 The Aquino administration is open to forging an alliance with the communists, the government’s chief negotiator, Alexander Padilla, said Tuesday.He said the government was open to accepting suggestions from “a recommendatory body” created by the Communist Party of the Philippines and the National Democratic Front.Communist Party founding chairman Jose Maria Sison on Monday renewed his offer of an alliance and a truce with the government through a “special track” in the negotiations, but dropped a proposal for a coalition.
Sison made the offer in an online lecture before the National Defense College of the Philippines in Camp Aguinaldo on Monday, a copy of which was e-mailed to the Manila Standard.
Padilla described Sison’s offer as “doable.”
“It is possible that a recommendatory body by them may be formed. If they are pushing for this special track, we are open to this. We find this more welcome than their earlier proposal for a coalition,” Padilla said.
“But let me make it clear we are only talking of an alliance here. We are not talking of coalition or power sharing or giving Cabinet posts to the CPP-NDFP.
Sison expressed optimism that the peace talks, which have been stalled for 14 months, could still be revived through the special track.
“I urge no less than the President of the government of the Philippines to muster the political will to do his crucial part in making the regular and special tracks succeed,” he said.
“The NDFP is always willing to meet his special representatives on the special track so that the conditions of peace negotiations are greatly improved and efforts are accelerated to address the roots of the armed conflict and lay the ground for a just and lasting peace.”
(Published in the Manila Standard Today newspaper on /2012/May/02)

For details of the offer made by Jose Maria Sison visit here :


MALACAÑANG said Wednesday the alliance being offered by the communists was a positive step toward reviving the peace negotiations with them, which have been stalled for 14 months.
The proposed “recommendatory body” composed of representatives of the Communist Party of the Philippines-National Democratic Front would serve as a “consultation mechanism” to flesh out and address the concerns raised by the communist group, Communications Development Secretary Ramon Carandang said.
Government chief negotiator Alexander Padilla  said the talks with the communist rebels might resume in June because of the “special track” they were offering.
“Our peace panel is trying to create a mechanism so that the concerns of the leftists are aired and discussed. It is more of a forum where their concerns and their proposed solutions to the issues can be discusses and vetted and aired,” Carandang said.
“This is not power-sharing. It is not giving any kind of legal authority to that group. It is merely a way for us to listen to what their concerns are. We … welcome this development.”
The head of the leftist group Bayan Muna, former congressman Satur Ocampo, welcomed Malacañang’s announcement that that it was willing to forge an alliance with the communists to end their insurgency.
“[This is] to facilitate the regular formal peace talks that are now in limbo,” Ocampo told the Manila Standard.
CPP founding chairman Jose Maria Sison on Monday renewed his offer of an alliance and truce with the government through the “special track” in the negotiations, dropping the communists’ earlier proposal for a coalition. He made the offer in his online lecture before the National Defense College of the Philippines in Camp Aguinaldo on Monday. Padilla described the new offer as “doable.”
“The [National Democratic Front Panel] continues to offer the special track of immediate truce and alliance … on the basis of a general declaration of common intent, all for the benefit of the Filipino people,” Sison said.
The communists in August offered a coalition with the government based on their Ten-point Concise Agreement for an Immediate Just Peace, a 2005 proposal that was consistently rejected by the past administration.
Padilla also immediately rejected the coalition proposal, saying the 2005 draft agreement was tantamount to “government capitulation” to the communists. With Maricel Cruz
(Published in the Manila Standard Today newspaper on /2012/May/03)
Posted by nickglais on 5/03/2012 12:11:00 PM