Azzedine Eroussi is Free ! Long Live the Struggle of the heroic Moroccan People salute from Democracy and Class Struggle 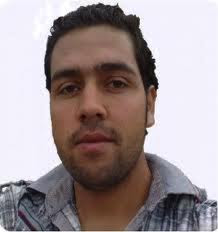 Ezedine Eroussi is free since May 1, 2012. Our greetings and admiration for this great activist who braved the torturer. We salute his courage, determination and strong political will. We also welcome his comrades released since April 18, 2012.

These are Ghaloud Mohamed, Mohamed Fetal, and Mohamed Ibrahim Saidi Zeghdidi. These activists have had great suffering, their bravery, their nerves of steel, is the story of the struggles of the Moroccan people who fight for their freedom and dignity against a regime that cares only about its interests and its holding against the winds of change through Morocco.