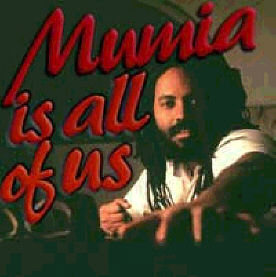 (New York, NY) -- Today( 11th October) the United States Supreme Court rejected a request from the Philadelphia District Attorney's Office to overturn the most recent federal appeals court decision declaring Mumia Abu-Jamal's death sentence unconstitutional. The Court's decision brings to an end nearly thirty years of litigation over the fairness of the sentencing hearing that resulted in Mr. Abu-Jamal's being condemned to death. Mr. Abu-Jamal will be automatically sentenced to life in prison without the possibility of parole unless the District Attorney elects to seek another death sentence from a new jury.

The NAACP Legal Defense & Educational Fund, Inc. (LDF) and Professor Judith Ritter of Widener Law School represent Mr. Abu-Jamal in the appeal of his conviction and death sentence for the 1981 murder of a police officer in Philadelphia, Pennsylvania. The Supreme Court's decision marks the fourth time that the federal courts have found that Mr. Abu-Jamal's sentencing jury was misled about the constitutionally mandated process for considering evidence supporting a life sentence.

"At long last, the profoundly troubling prospect of Mr. Abu-Jamal facing an execution that was produced by an unfair and unreliable penalty phase has been eliminated," said John Payton, Director-Counsel of LDF. "Like all Americans, Mr. Abu-Jamal was entitled to a proper proceeding that takes into account the many substantial reasons why death was an inappropriate sentence." Professor Ritter stated, "Our system should never condone an execution that stems from a trial in which the jury was improperly instructed on the law."

Mr. Abu-Jamal's case will now return to the Philadelphia County Court of Common Pleas for final sentencing.
Posted by nickglais on 10/13/2011 02:59:00 PM

Great website you have here but I was wondering if you knew of any message boards that cover
the same topics discussed here? I'd really like to be a part of community where I can get opinions from other knowledgeable people that share the same interest. If you have any recommendations, please let me know. Bless you!
Stop by my page ... Dubai Abogados