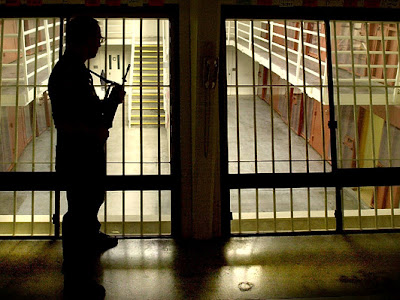 Numbers of hunger strikers began to drop this week after the CDCR intensified retaliation on the strike. The hunger strike representatives at Pelican Bay who were kept in the D Corridor of the SHU were moved to Administrative Segregation at Pelican Bay. Lawyers who were finally able to have one visit last week (after some lawyers of the prisoners’ mediation team have been banned) report that the CDCR has the air conditioning on high in 50 degree weather. The hunger strike representatives continue to be willing to risk their lives in order to win the 5 core demands.

The CDCR’s numbers also appear to be low due to guards falsifying records of hunger strikers. At Calipatria, for instance, hunger strikers report they were finally given their liquids after filing medical requests (even though they were still denied liquids for the first several days of the strike). Now, however, guards have been delivering liquids on the prisoners’ food trays. Once strikers take the liquids off of the trays, the guards record they are not striking (CDCR counts strikers based on who touches the state-issued food trays and who doesn’t).

Medical conditions are also worsening for strikers throughout the state. We’ve received reports that after 12 days of no food, prisoners are once again losing severe weight and fainting. One hunger striker at Pelican Bay was denied his medication and consequently suffered from a heart attack and is now is an outside hospital in Oregon.

Family & community members continue to support the hunger strikers by holding rallies, community events and vigils, publicizing the courageous action inside prison and building pressure on representatives to intervene in the CDCR’s handling of the strike.

Families of SHU prisoners are calling for supporters everywhere to hold mass vigils in support of the hunger strikers on Thursday nights. If you can organize a vigil in your community, please email prisonerhungerstrikesolidarity[at]gmail.com.