Down with the liquidators ! Long Live the Revolution in Nepal 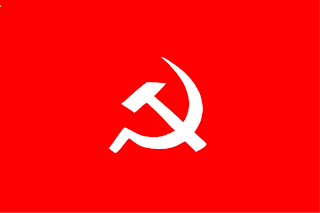 STATEMENT OF THE FRANCO-NEPALESE SOLIDARITY COMMITTEE

Our Committee met to debate of the new situation in Nepal .
The Communist Party of Nepal (Maoist) waged a ten years long people’s war freeing up to 80% of the country. After an agreement with the seven parliamentary parties, the Party has decided to enter Parliament. Following constituent assembly elections, the CPN(M) won 40% of the vote. Prachanda, the leader of the Party became Prime Minister and the weapons of the People’s Liberation Army have been confined in containers whose keys were handled to the Party.
The CPN(M) claimed to be preparing insurrection but in fact the Party has stalled. The people’s comittees were dismantled. There was no land reform. Worse, the expropriations were stopped, the land returned to the landowners. The Chief of Army Staff of the National Army (formerly Royal Army), whose resignation was demanded by Prachanda, was maintained and supported by the President of the Republic who had yet no executive power. After governing for nine months, Prachanda and all the ministers resigned.
The CPN(M) became the UCPN(M), unified after merging with a small “revisionist” party . An open line struggle was committed within the Party between those who wanted to organize people revolt and those who conceived change as the establishment of a democratic parliamentary regime.
Finally, in late August, after lengthy talks with other parties, a new Maoist Prime Minister was appointed : Bhattarai. Quickly, Bhattarai and Prachanda handed back the keys to the containers confining the arms of the PLA without informing the opponents inside the UCPN(M) among whom Kiran and Badal, chief of the PLA.
This betrayal led to harsh statements from the party’s left and protests throughout the country.
To give back the keys of the containers means disarming the revolution, ignoring the thousands martyrs, demoralizing the masses, breaking off with Maoist revolutionary line. It means completely transforming the Communist Party into a revisionist party.
Under these conditions, achieving the integration of some of the fighters of the PLA into the national army, means to submit to the bourgeoisie, the landowners, Indian hegemony and ultimately to imperialists. The Left of the Party is now cornered, it is not to be blamed for the split of the Party, it is the right wing democratic and reformist who split with Marxism-Leninism-Maoism and the interests of workers and peasants.
Under these conditions , the Franco-Nepalese Solidarity Committee disengages from the line developed by the leadership of the UCPN(M), opposes the Bhattarai government and supports the struggle within the Party and among the masses for the advance of democratic revolution in Nepal against reaction, counter-revolution, Indian hegemony and imperialism.
Our Committee has supported the revolution in Nepal and has asked many questions on its negative turn. At present, it seems important to us to denounce the prevailing revisionist policy and to carefully support all those who oppose it and want to continue the revolution in Nepal .
The situation is getting clearer since the government led by Bhattarai recently ordered the regional governments to make restitution of lands confiscated to landowners during the Maoist People’s War. But among the masses, the voices are already raising against such counter-revolutionary measures in the absence of land reform synonymous of land redistribution.
Down with the liquidators!
Long Live the revolution in Nepal !
Franco-Nepalese Solidarity Committee
Posted by nickglais on 10/05/2011 10:44:00 AM