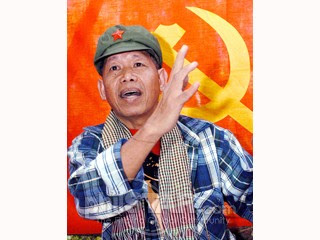 The Communist Party of the Philippines (CPP) released the following statement today concerning the demise of its spokesperson Gregorio "Ka Roger" Rosal:

The Communist Party of the Philippines (CPP) wishes to inform its entire membership, all revolutionary forces and the public in general that CPP spokesperson Gregorio "Ka Roger" Rosal passed away in a guerrilla zone on June 22 after suffering a heart attack. He was 64.

The public announcement was delayed to allow the concerned organs of the CPP to inform Ka Roger's daughters of their father's demise. Intense military operations prevented information from reaching his daughters with dispatch. Ka Roger's siblings have also been informed of his passing.

The entire membership of the CPP, Red fighters of the New People's Army (NPA), revolutionary forces and the Filipino masses mourn Ka Roger's death. In a separate statement, the CPP Central Committee paid tribute to Ka Roger, saying hi s life of service to the revolution will serve as an inspiration to the people to carry forward their revolutionary struggles.

On October 15, all units of the NPA will fall in formation to pay tribute to Ka Roger. At exactly 12 noon, they will carry out a gun salute in his memory. All units of the CPP and revolutionary mass organizations are enjoined to launch tribute meetings to remember Ka Roger and his contributions to the historic revolutionary struggles of the Filipino people.