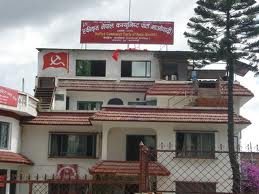 Kathmandu, 25 October: Standing committee meeting of UCPN-Maoist is running. It is called for the discussion on BIPPA (Bilateral Investment Promotion & Protection Agreement) recently signed by Prime Minister and Vice-Chairman of the party UCPN-Maoist. Discussion is going on about BIPPA in the central office of the Maoist party at Perisdanda. Cadres of UCPN-Maoist had welcomed Bhattarai with black flags in his arrival from Delhi because he had signed the agreement BIPPA that is highly debatable in the party. Revolutionaries in the party have thought it to be traitorous and PM Bhattarai was said not to sign on it in his Delhi visit. Leaders of the party had already assumed that PM Bhattarai would sign on it.


People and the party cadres are waiting to hear the opinion of party Chairman Pushpa Kamal Dahal who had told Bhattarai not to sign on BIPPA Agreement in the standing committee meeting held just before PM Bhattarai’s departure to Delhi. People and the cadres as well as the political leaders of the nation are suspecting Dahal having double standard.